I took a fairly low-tech approach to observing the Venus transit, setting up my Orion 70mm refractor with a 26mm eyepiece, projected onto handheld white paper. Like this: 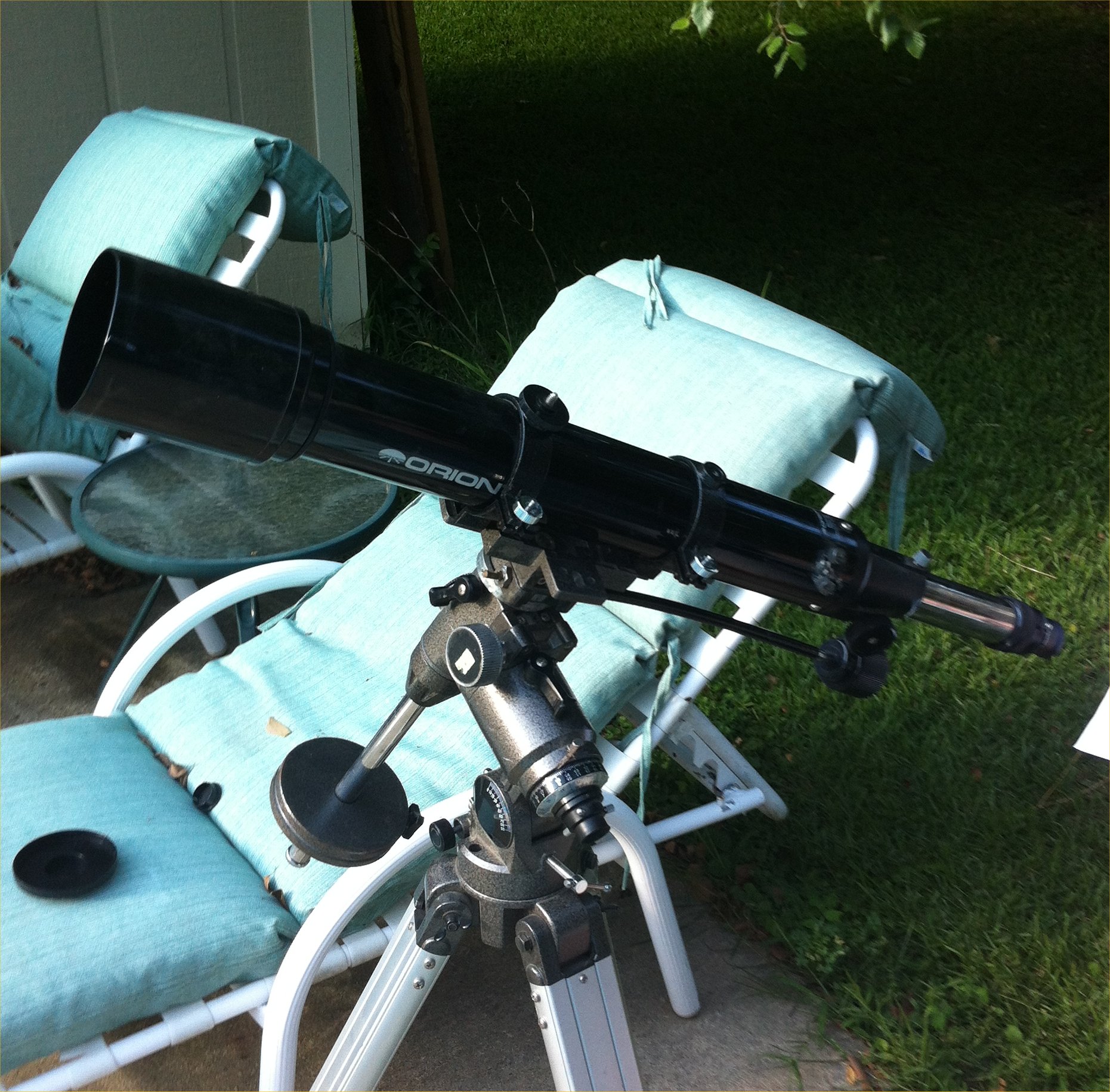 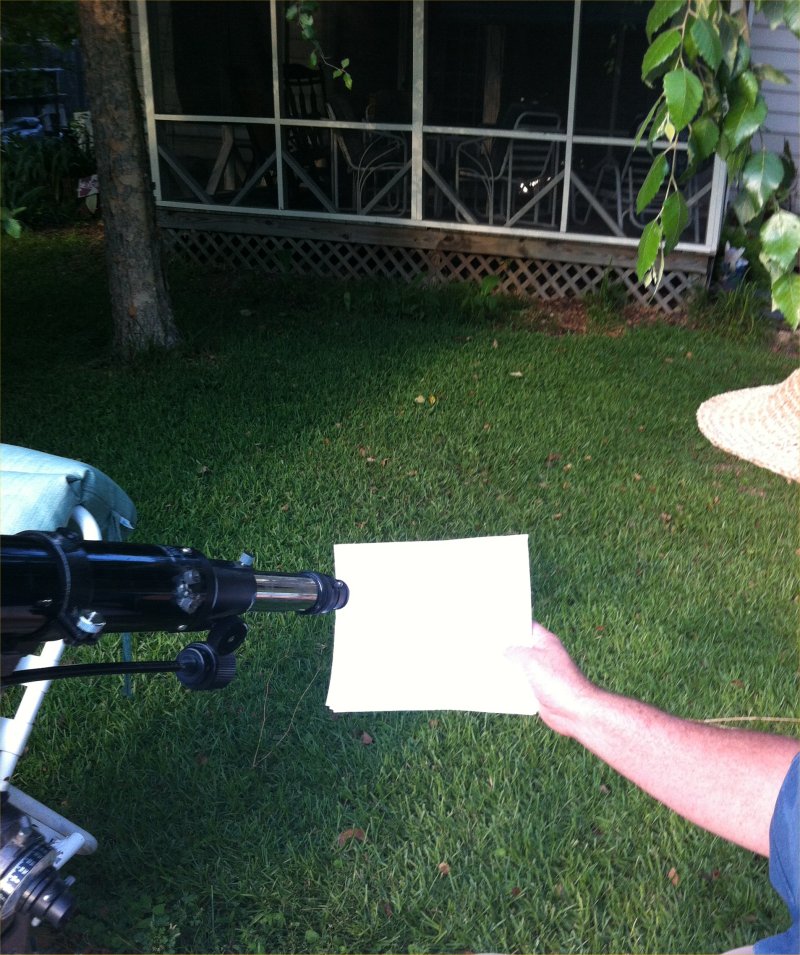 It worked surprisingly well, especially after I remembered that even in daylight I needed to align the equatorial mount towards the north (very fine hat is optional). I got it all situated just in time to catch the beginning of the transit at 5:09 PM Central time. I took these photos using my iPhone to capture the projection – and because I was hand-holding both, the aspect ratios are a little off in some.

Here’s the sequence of pictures: 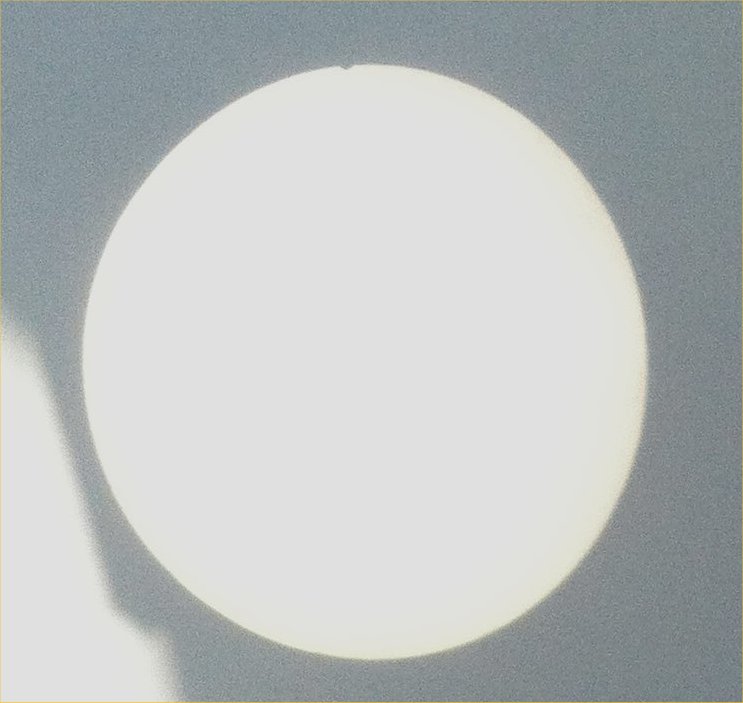 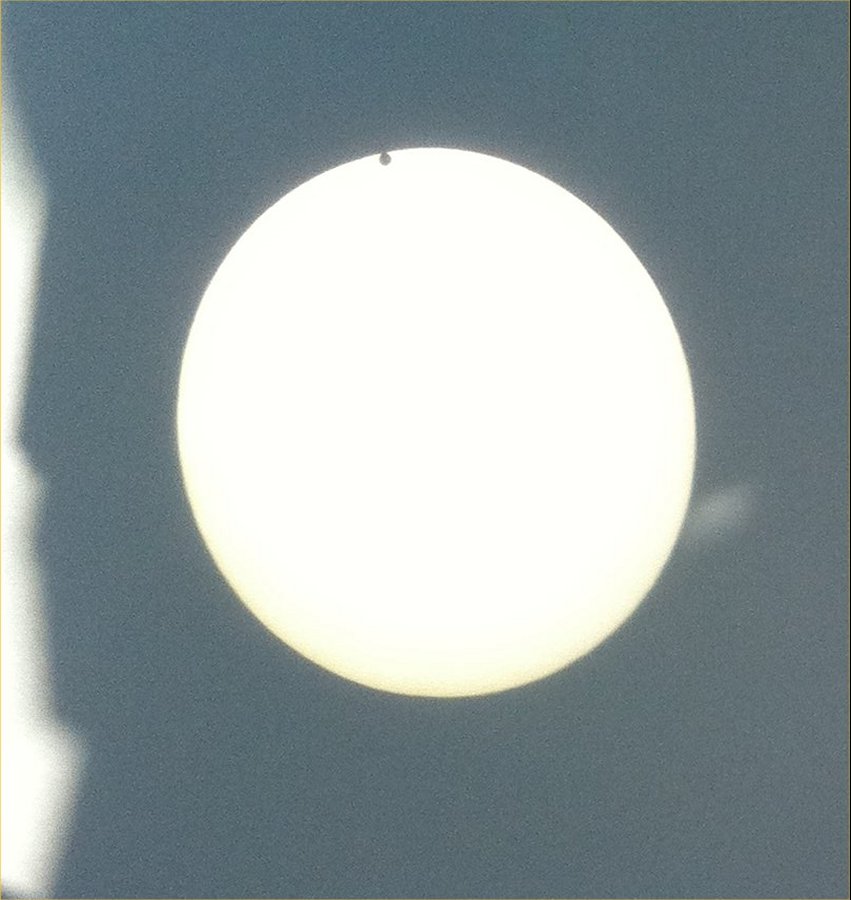 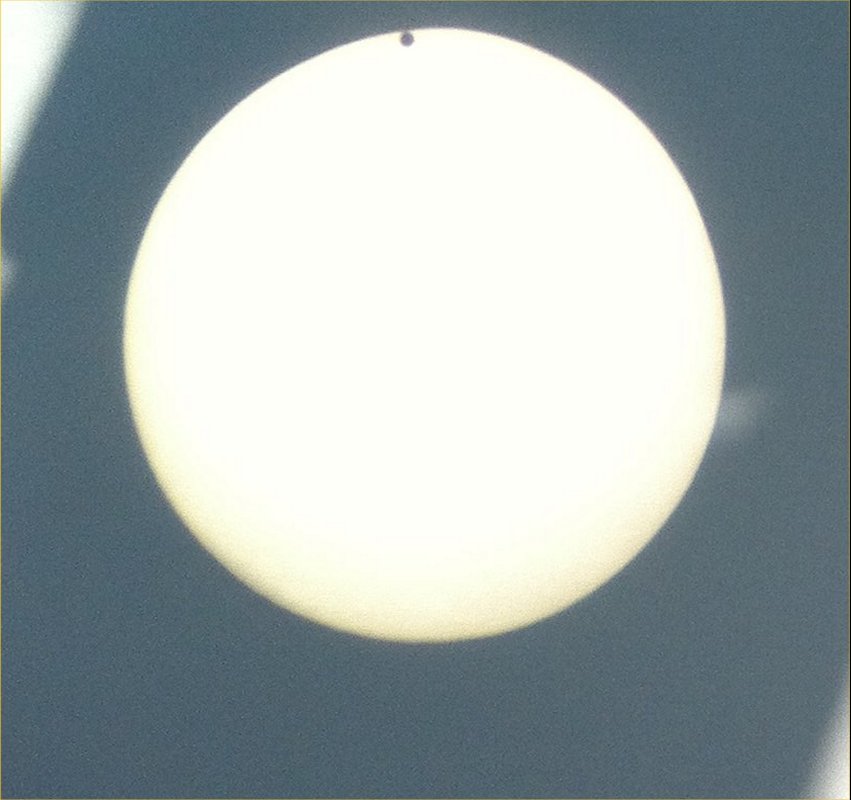 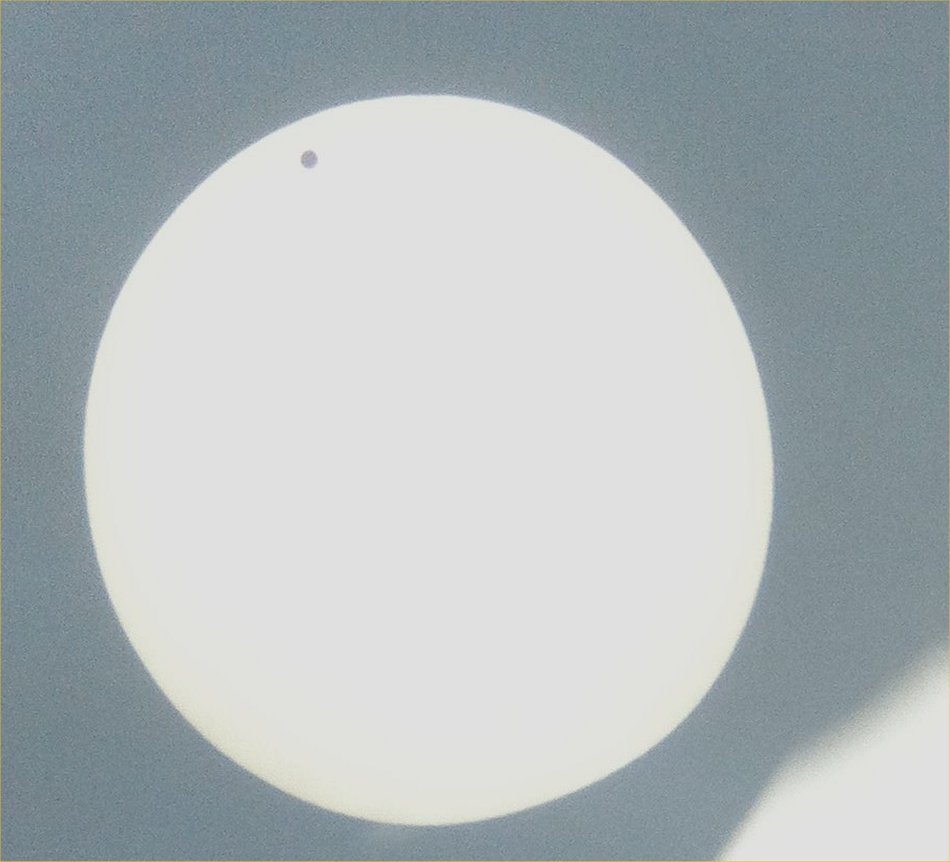 By this time, clouds were beginning to be a nuisance (but the iPhone camera picked up on some sunspots through the clouds): 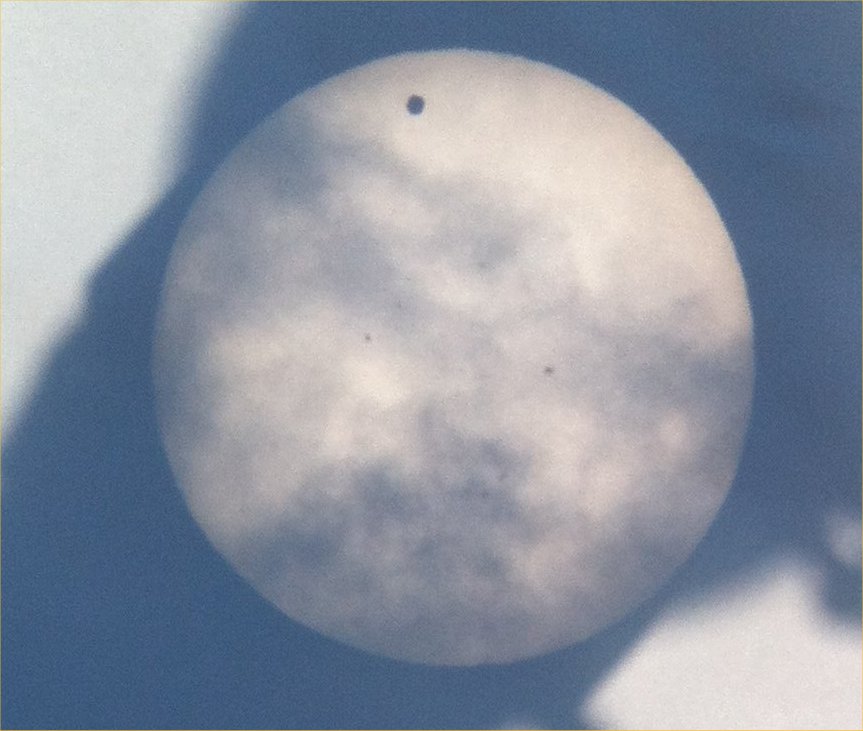 I got one more good shot before the sun dropped too low: 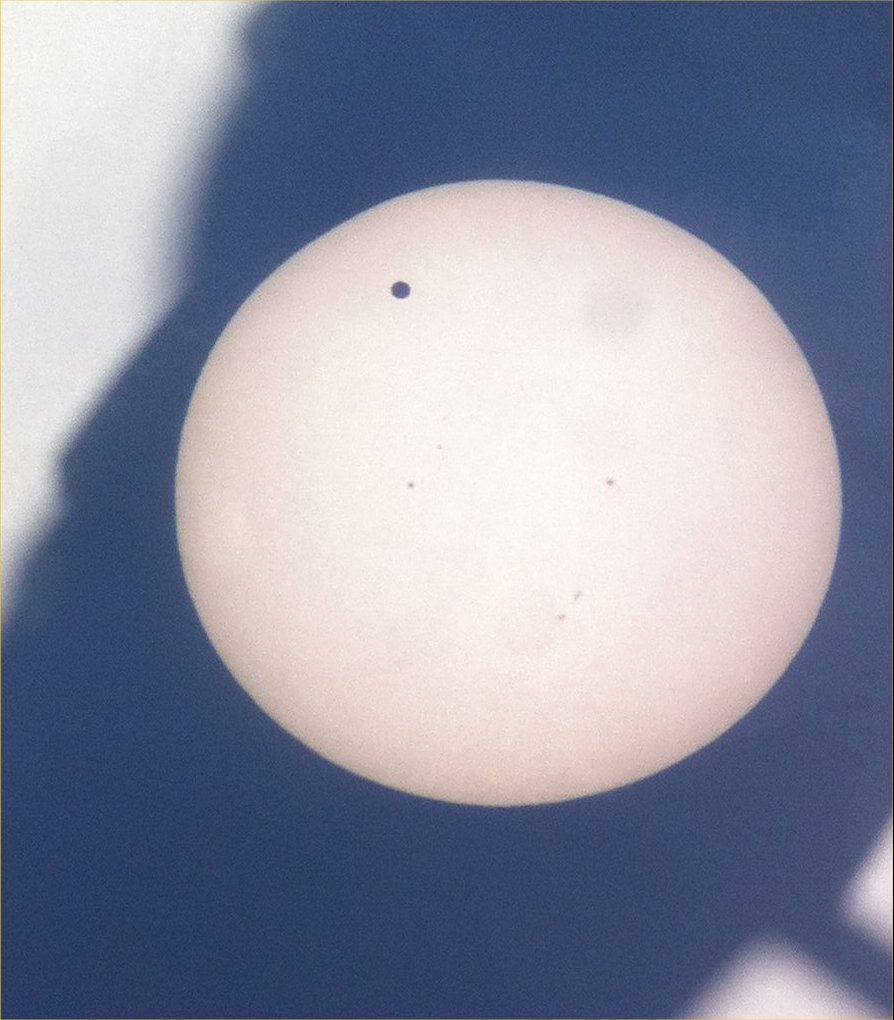 And then it was in the trees: 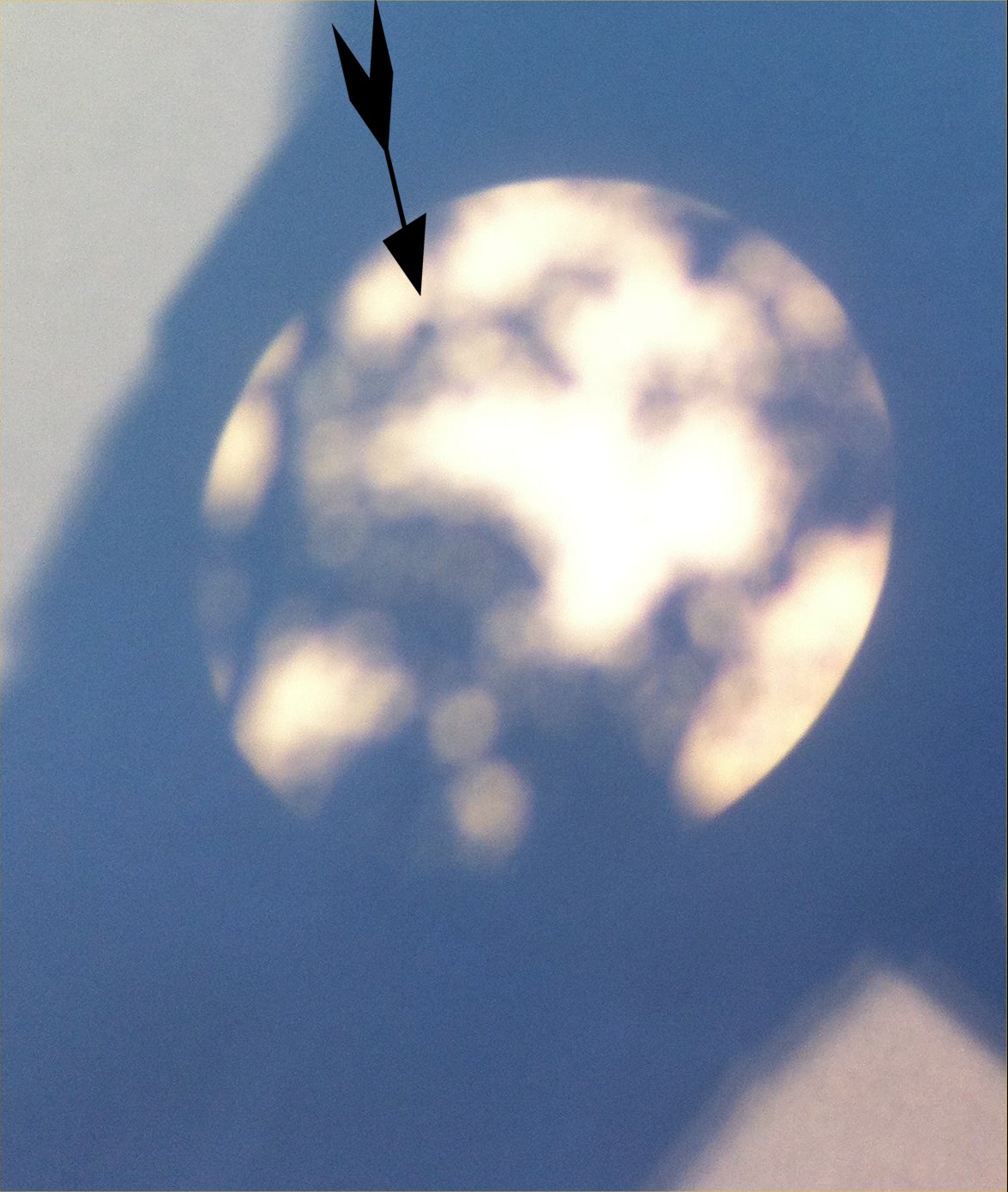 But refocusing the refractor gave me an interesting shot: 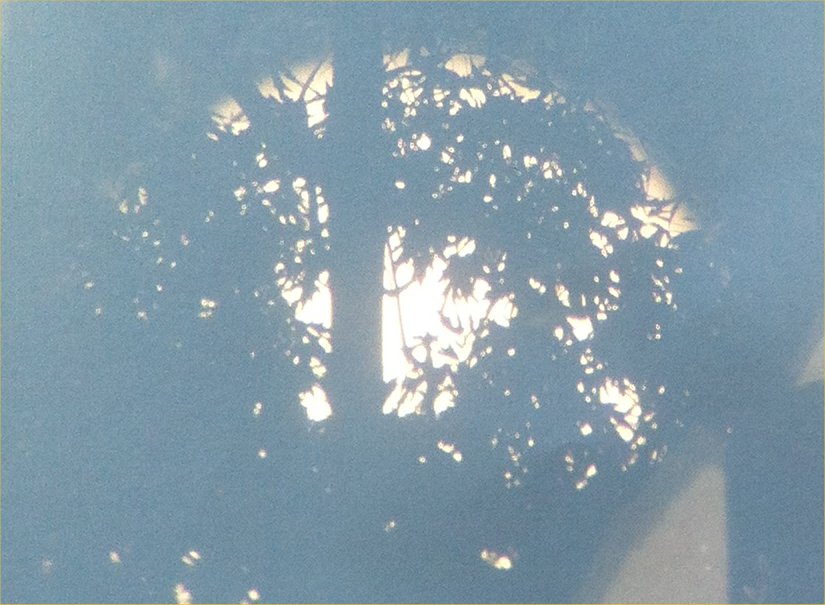 And then it was down in the trees. The great Venus Transit of 2012 was over for me. But it was a fascinating couple of hours.

One thought on “Venus Transits”