But I did once shake the hand of a sitting Vice-President who later became President. It took place here: 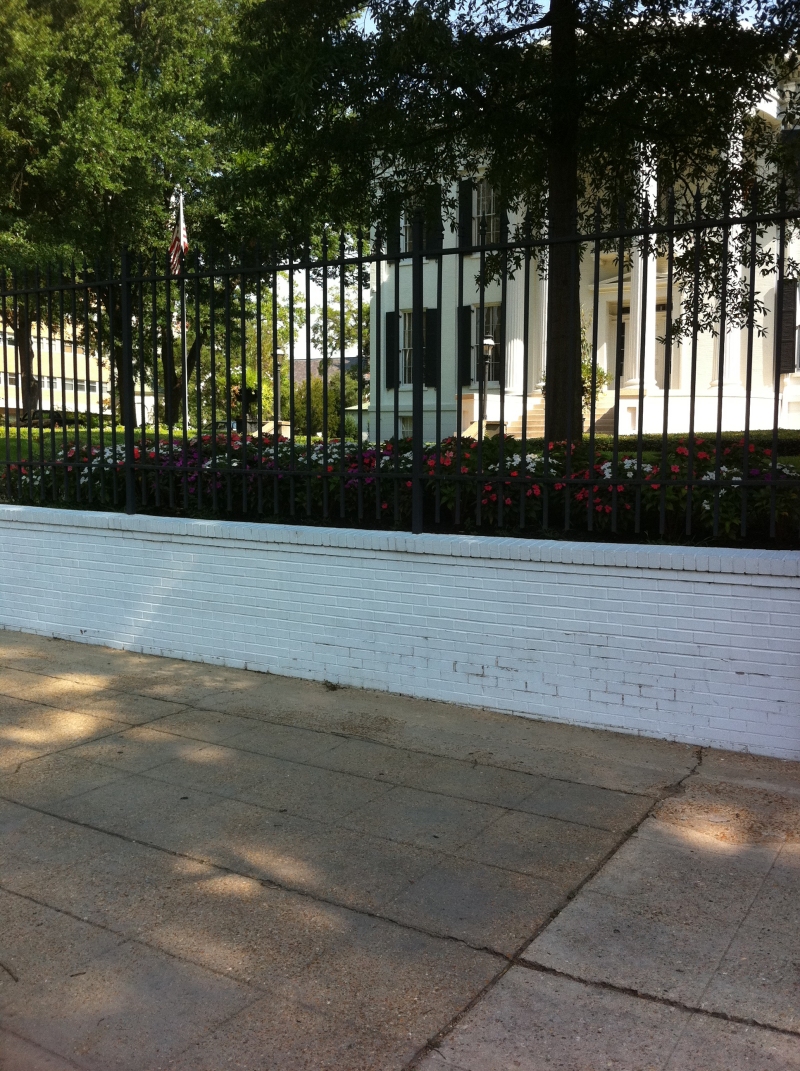 Or, approximately there. The date was September 24, 1960. I was 6 years old, and my parents took us down to see Vice-President Nixon, who was speaking at the Mississippi Governor’s Mansion that day. I don’t remember the speech. We may not have stayed for it. Or maybe the speech took place first. What I do remember, very clearly, is sitting on my daddy’s shoulders and seeing this big black convertible slowly round the corner between the mansion and the Emporium, a major downtown store in those days, when Jackson’s downtown was vibrant. We were roughly standing in the spot of the above picture, and as Nixon’s car came close, daddy told me to stick out my hand. Nixon reached up and shook it. The scene, as I recall, resembled the photo below, except that it was Mississippi, not Maine, and he would have been reaching out of the other side of the car:

Had he known I would grow up to be such a political liberal, he might have passed me over. But he didn’t, and that stretch of sidewalk and I will be paired forever, or at least as long as we’re around.