When I was a kid in the early 1960s, one of my favorite buildings was the Naval Reserve Center across the street from the State Fairgrounds.  At that time, it was a busy place, with reservists there seemingly all the time.  I probably only went there a couple of times, and I have no idea why I would have been there.  My dad was in the Army Reserve, but I don’t think the Army used the building.  I do remember they had some really cool ship models in the front windows.  But over the years, it was used less and less, until at some point it just wasn’t used at all.  In the intervening years, it fell into serious disrepair, with the state apparently spending nothing on upkeep.  So when I noticed last week that there were some people working there, I didn’t know whether to be optimistic or pessimistic.  My route to work takes me on an overpass that goes alongside the building, and I could see that they seemed to be removing the roof at the back.  By today, all the glass had been removed from the many windows, so I decided to drive over and take a few pictures, in case it was demolished in the near future.  Here’s the front: 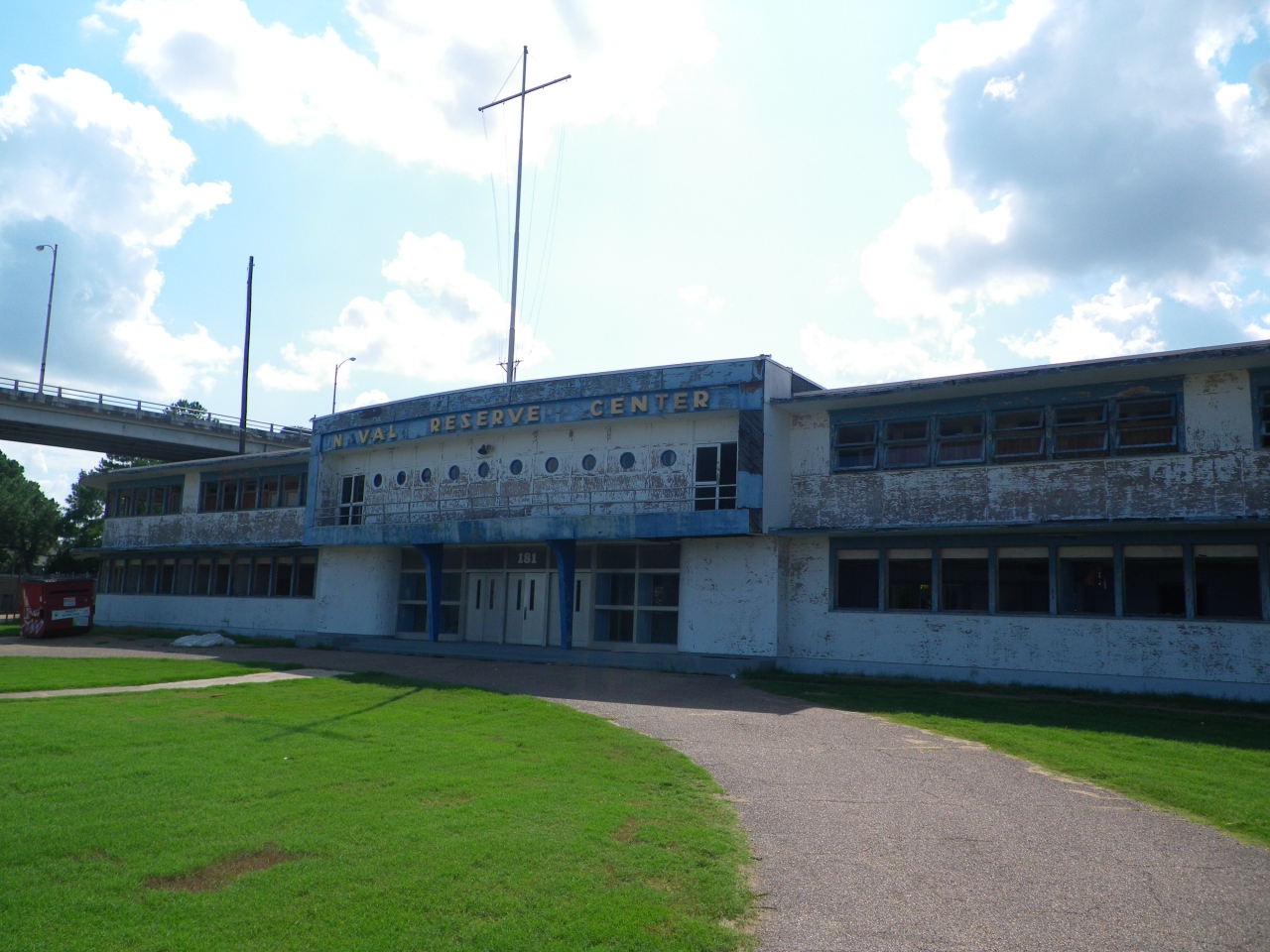 The end of the building on either side was what really made it cool: 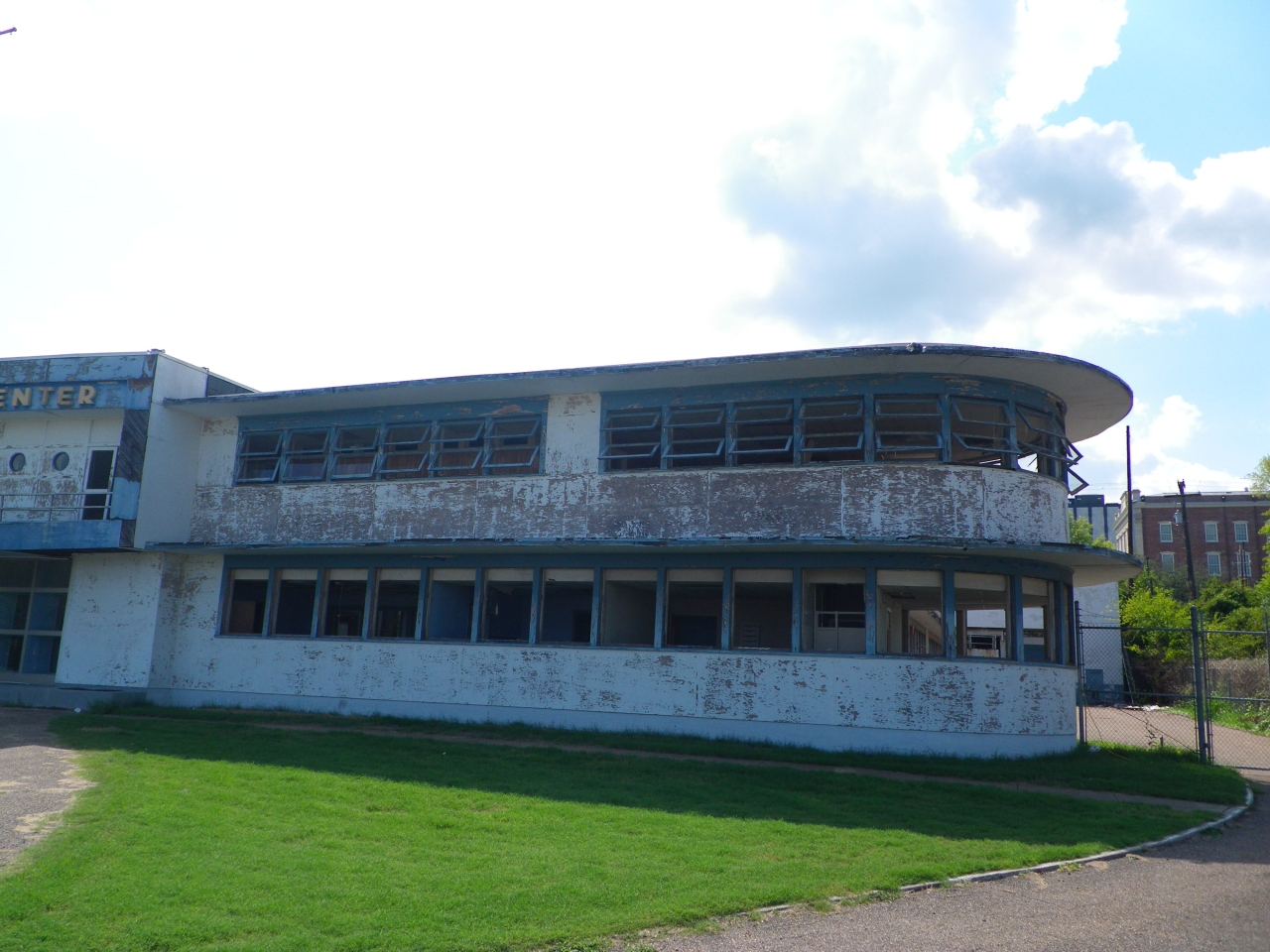 It was rounded, like stern of an old gunboat from the pre-dreadnought era. I loved that.

As I was driving off today, a truck pulled into the other end of the circular drive. I decided to turn around and see what was going on. It was a contractor working on the building, and to my great delight, I found out that the state is restoring the front part of the complex, the building in my pictures. There’s a long wing off the back and beyond that a near-duplicate of the front, which will be torn down, but the front will survive. The contractor didn’t know what use the state would make of the building, but I’m happy just knowing it will continue to be there.