It’s been an unusual winter in central Mississippi, because for the first time in what seems like years, we’ve had winter. Some recent winters have seen only a few nights where temperatures got below freezing – which makes for a bumper crop of bugs the next spring. But we saw snow – very light, to be sure – in early December, and a spell of record low temperatures in January over an extended period. Then last week, this: 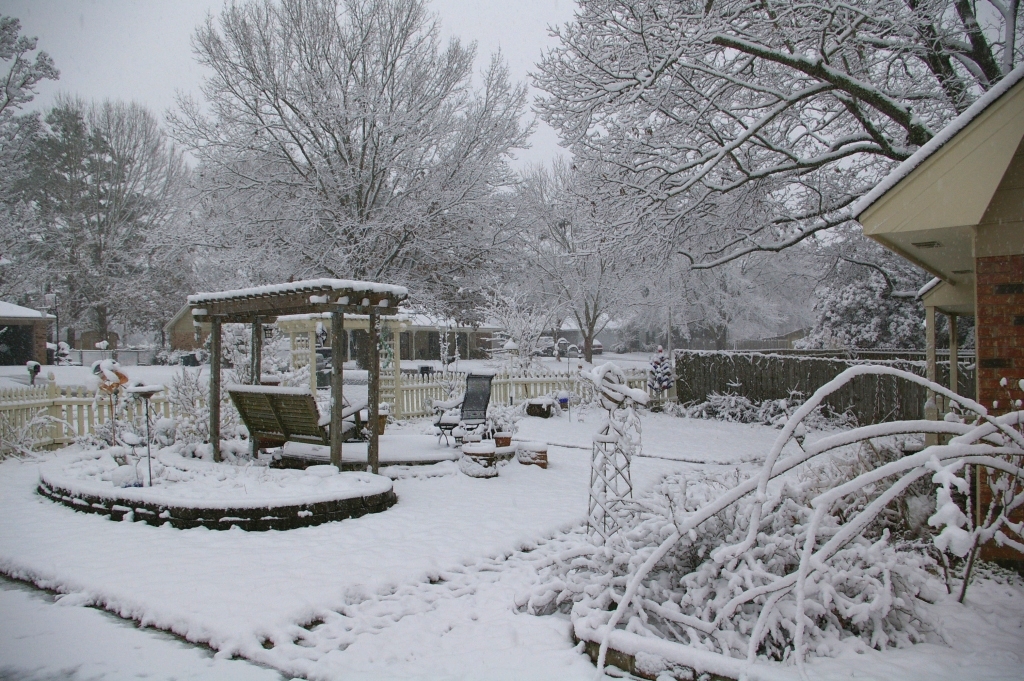 I ended up with about 5″ of snow in the yard, along with a crew of hungry birds. This cardinal was waiting for his turn at the feeders: 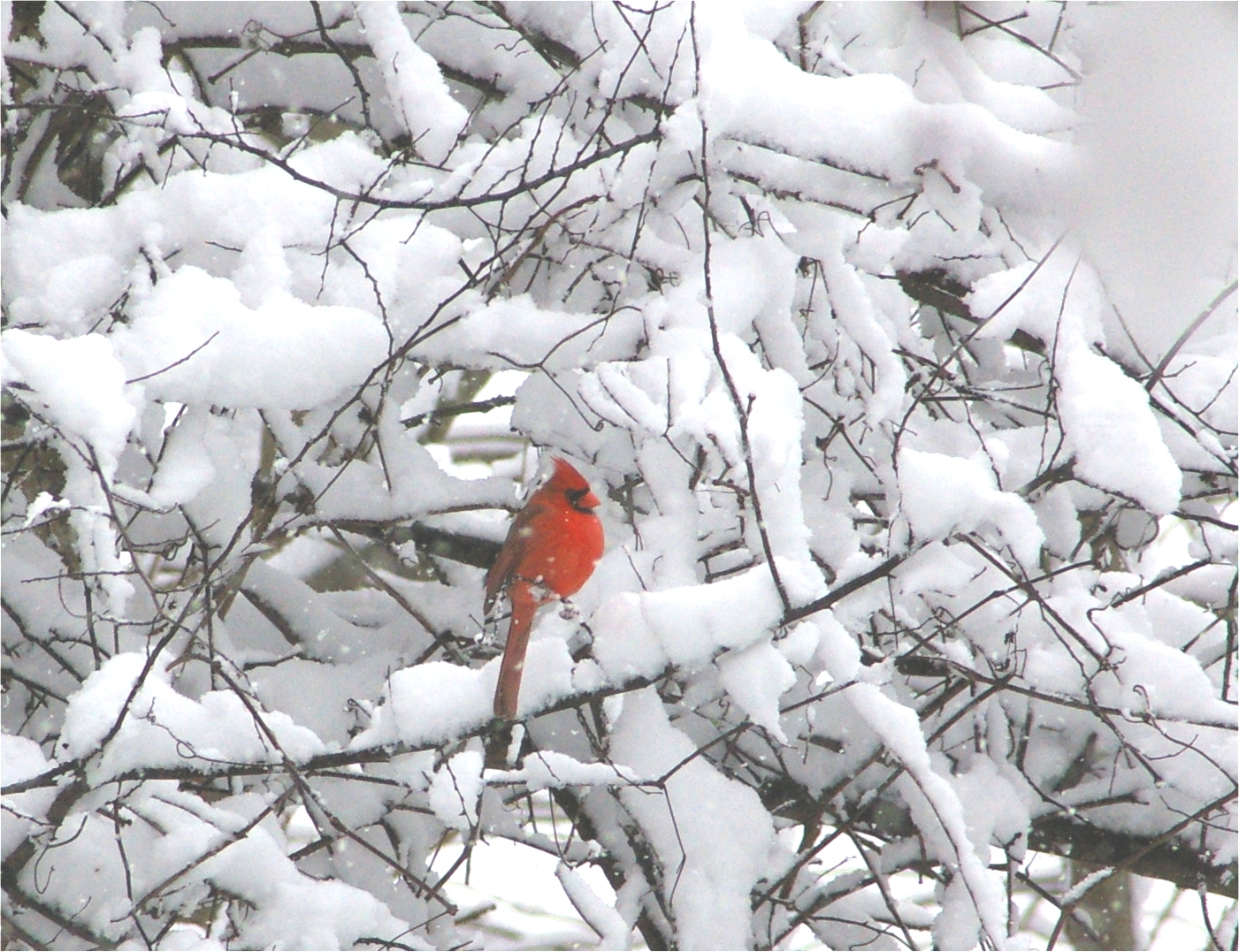 as was this goldfinch: 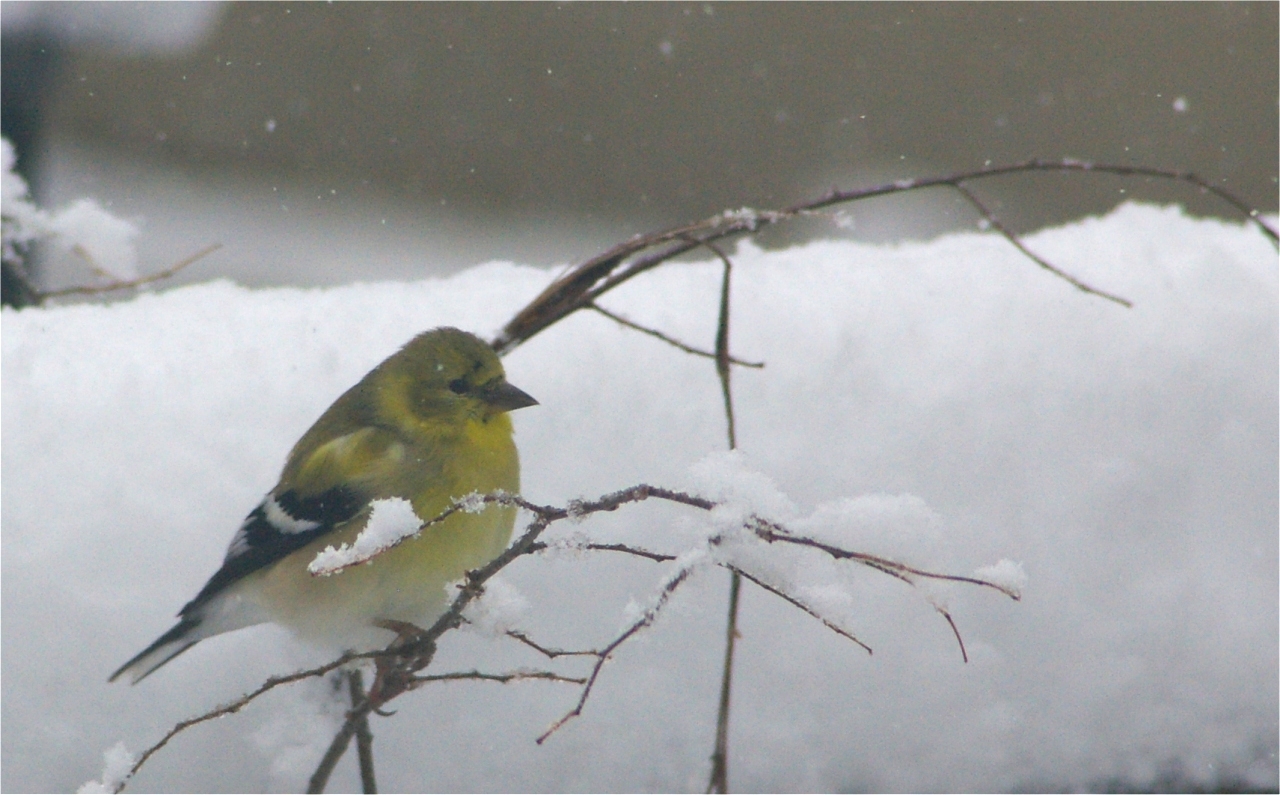 and this house finch: 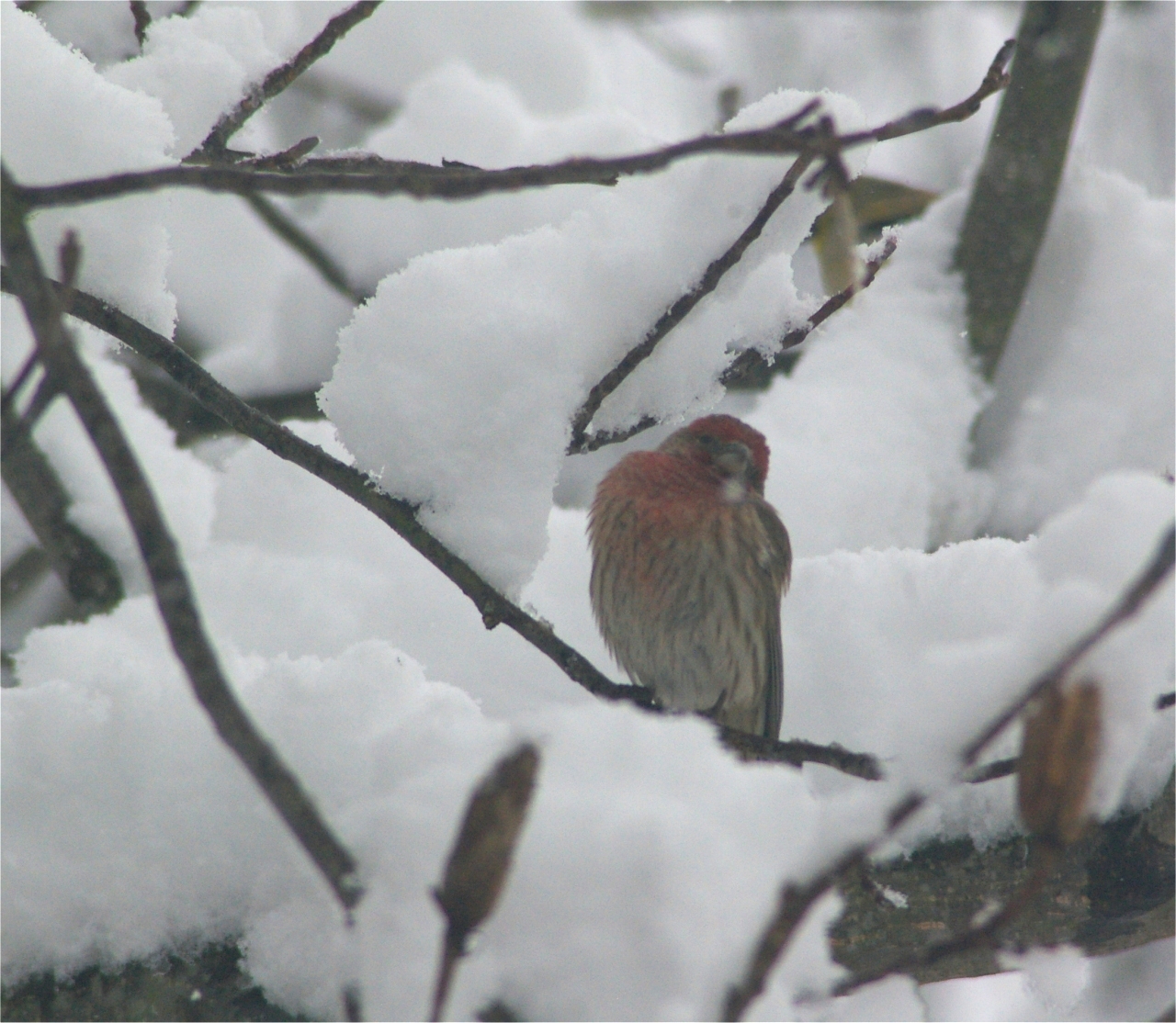 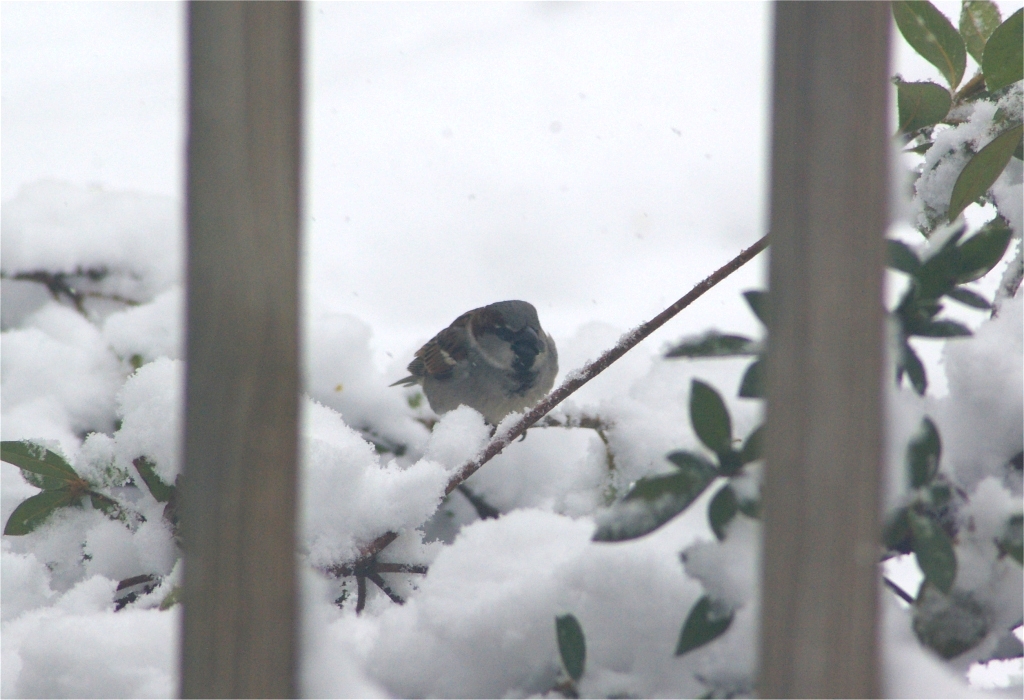