About 9 years ago, I started walking in the morning before work. I hadn’t exactly been slothful before that, but I hadn’t approached walking as a regular form of exercise. For several years, I was pretty consistent, walking 2-3 miles a day; then a series of injuries, minor and less minor, began to interrupt my schedule, and consistency became less so. I still walked, but instead of every day, or 6 days a week, it might be 4 days a week, or 3, or 2. And I might only walk for 30 minutes or so.

Fast forward to last winter. For years, I’d been having occasional episodes of atrial fibrillation. The episodes would typically last for less than a day, I would convert back to normal rhythm on my own, and move on. At some point, my cardiologist put me on an anti-arrhythmic drug, which worked well for about 4 years; then I had a episode that didn’t convert back for several weeks, and he changed me to another drug, which worked for a while. Last January, I had another episode, short-lived again. But at that time, he said it was time to consider cardiac ablation surgery. The drug I was on wasn’t working like it had, and the drugs beyond that had more and nastier side effects. We decided to to discuss it again after my vacation to Greece in March; when I got back, we scheduled the surgery for July 1. In May, I had another episode; I didn’t convert back, so they started me on a blood thinner until the surgery. Once again, my walking got interrupted, because in a state of constant atrial fibrillation, I really didn’t have energy for long walks. On July 1, I underwent cardiac ablation surgery. It went fine, I was in the hospital overnight, and went home the next day to recover. After a few days of a very sore chest and throat (from the things they had shoved down my throat during the surgery), I was getting better rapidly, until my left leg began hurting. No blood clot, but the cardiologist wasn’t sure what was going on. Additional CT scans and ultrasounds didn’t reveal the cause; finally he said I should maybe go see my orthopedic surgeon (which I had wanted to do days earlier). When I was finally able to get in to see him, he diagnosed the problem in 5 minutes – bleeding into the quad muscles, which caused my left leg and knee to be very swollen and stiff, and very painful. He prescribed a month of physical therapy, which worked wonders in fairly short order. And while I was going through the weeks of PT, I started really wanting to be walking again. By early August, I was pretty much back to normal, and decided to start getting out of bed and getting out the door again. Since retiring from my state government job last year (I now work as a consultant part-time) I have a very flexible schedule, so I can get a good walk in and still have a leisurely morning most days before going to work.

So, I started walking again. At first I took walks like I used to take – 30-45 minutes. But I soon realized that (a) that wasn’t really long enough, and (b) I had time for a longer walk. So I began adding time and distance, and finding new walking routes. Some days I walk in the neighborhoods near my house. Other days, I’ll go to the multi-use trail along the Natchez Trace. That’s where I can get some really good, long walks in. My Fitbit measures the distance and number of steps, and I’ve found that the Fitbit’s distance measurement is pretty accurate. Now, most days I walk at least 4 miles, and I often get 5 miles in, all before breakfast. I take my Walkman radio and listen to NPR’s Morning Edition, and walk, and walk. It’s often the best part of my day. And my reward is scenes like this: 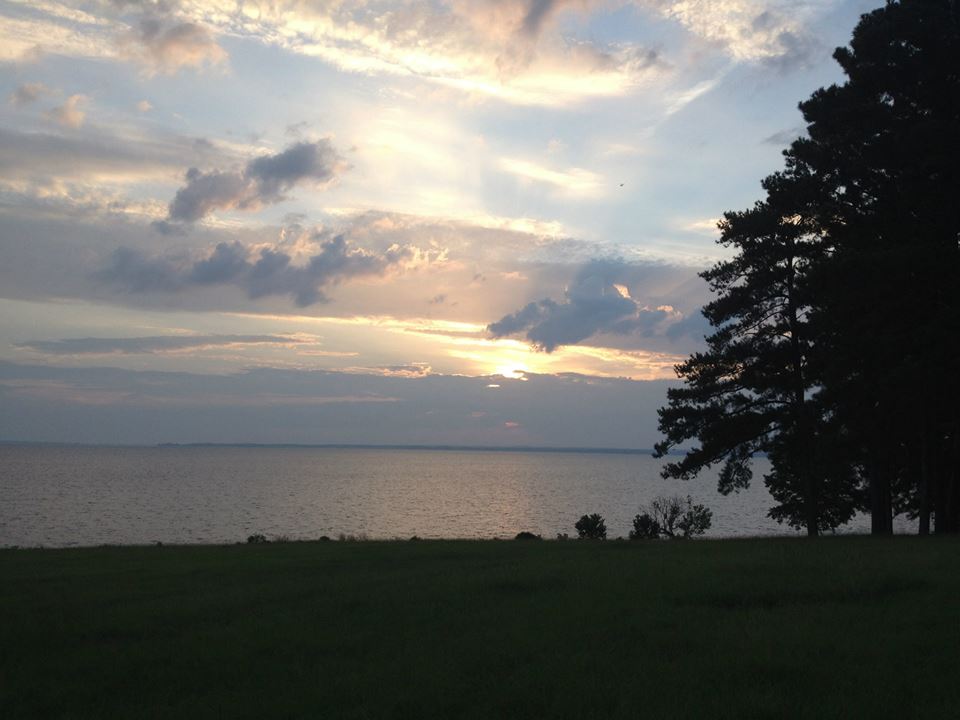 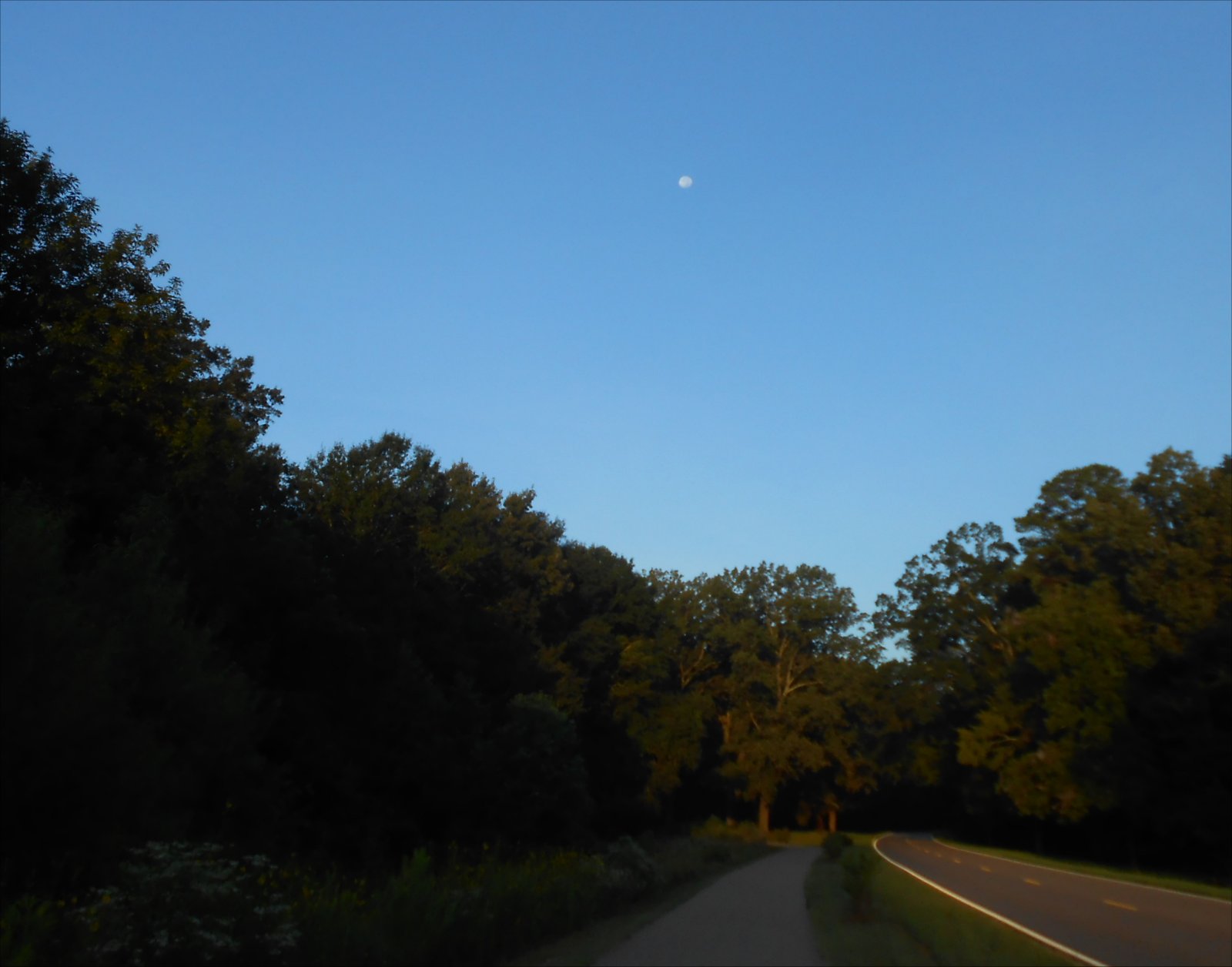 or, at this time of year: 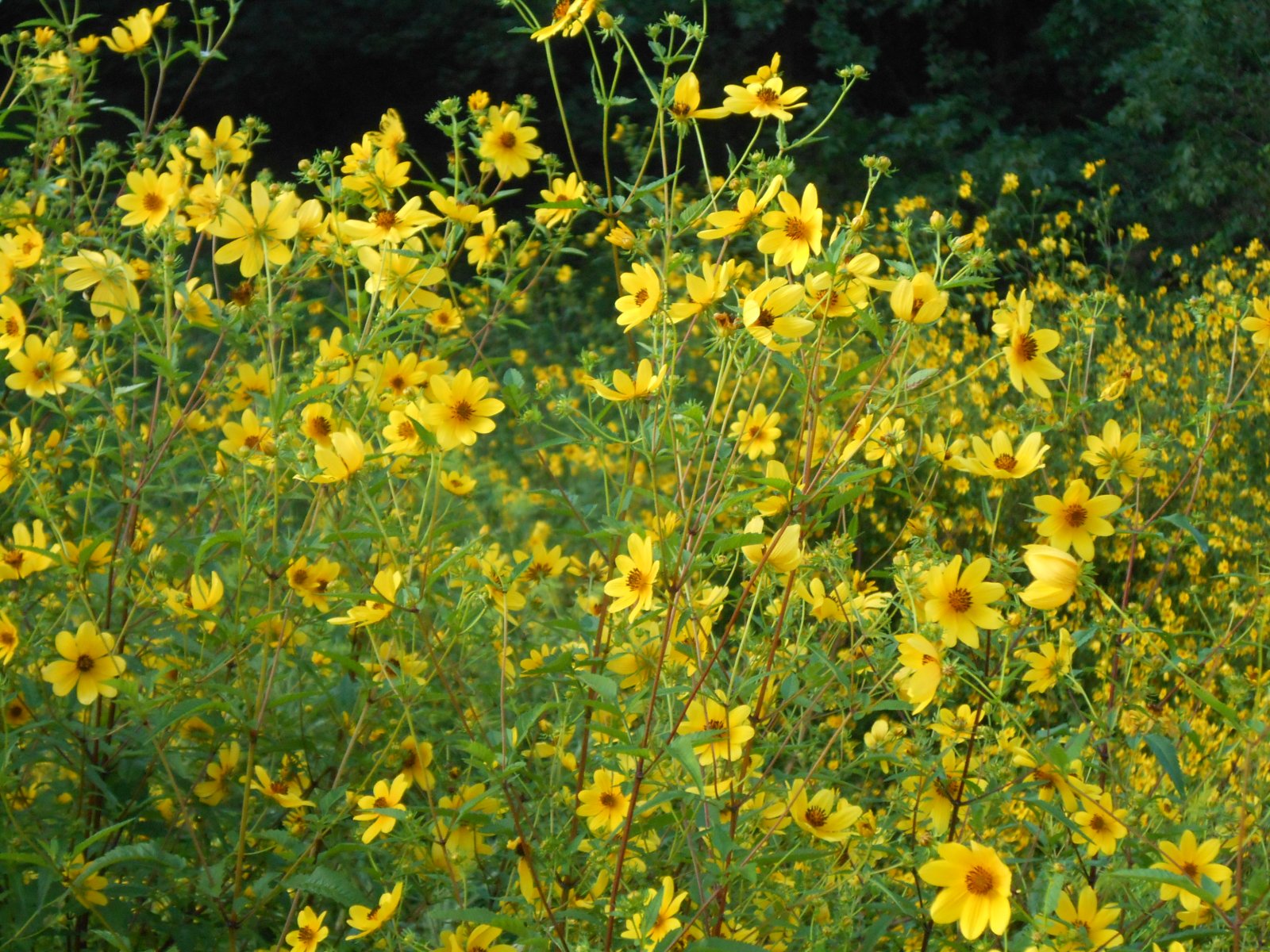 And most days, when I’m walking along the Natchez Trace trail, I have the trail to myself: 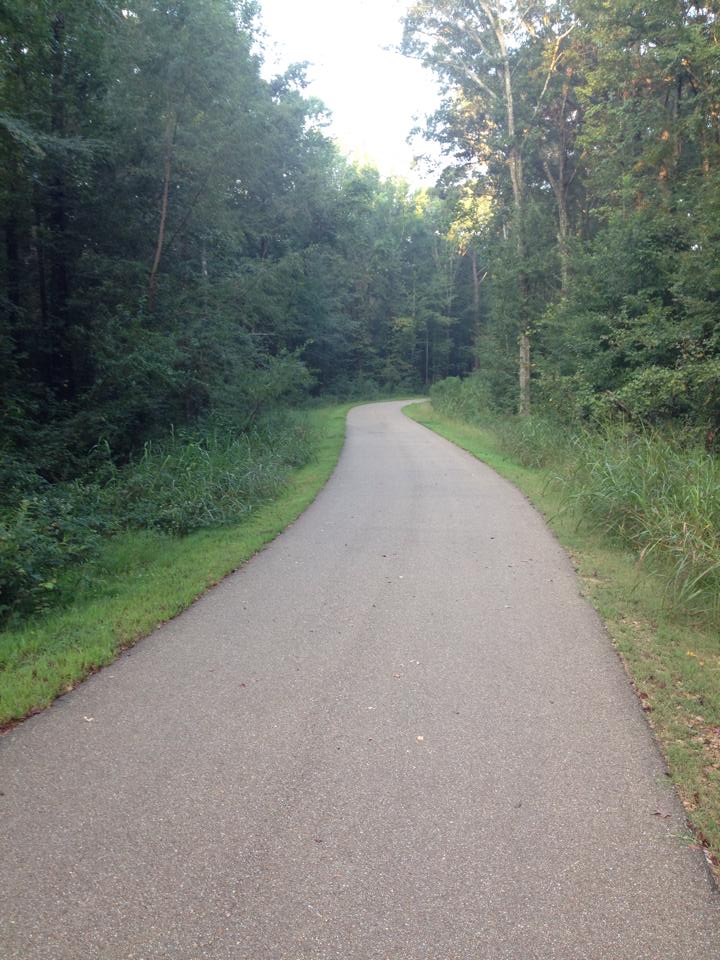 Right now, I’m averaging about 25 miles a week on my morning walks. According to Fitbit, if you include all the steps I take during the day, I average about 40 miles a week. I guess when winter sets in I’ll see how dedicated I really am. For now, it’s just one foot in front of the other.