One of my regular walking routes goes around the old “downtown” of my little suburban town. I say “downtown” because it’s small, and because there really never was much of a downtown. No village square, no real Main Street, although the main street is called Main Street, but it as never more than a few small buildings and an old train depot. But the loop does make for a nice, roughly 3 1/2 mile route that generally ends up being about 4 miles because I almost always add side trips. 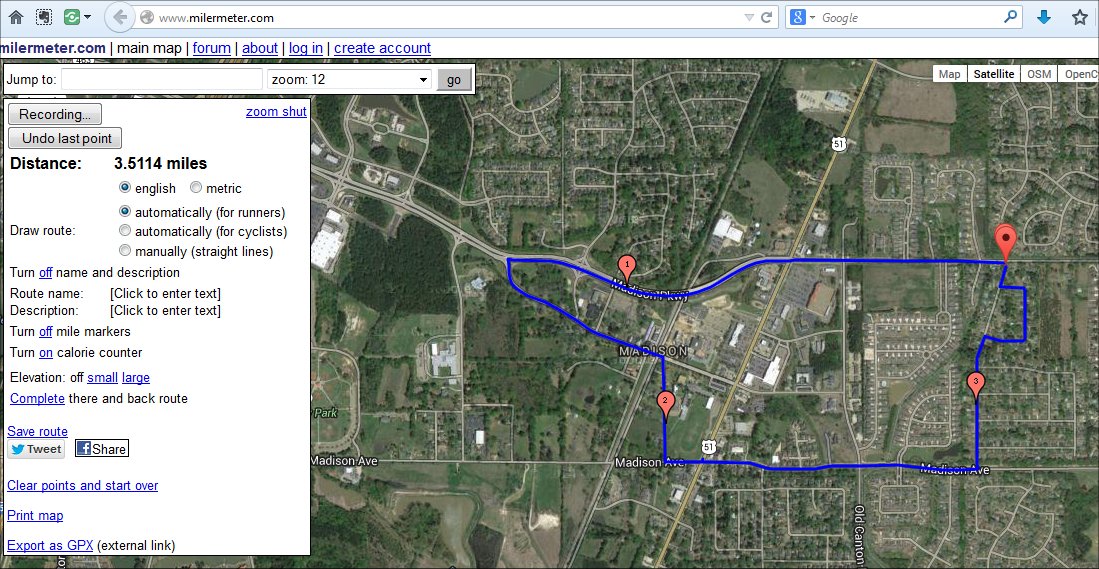 In the shaded area between Montgomery Street and Highway 51 is the old school building. Some of it is now used for the Cultural Arts Center, some is used for our branch of Tulane University (not as impressive as it sounds), but most just sits abandoned. 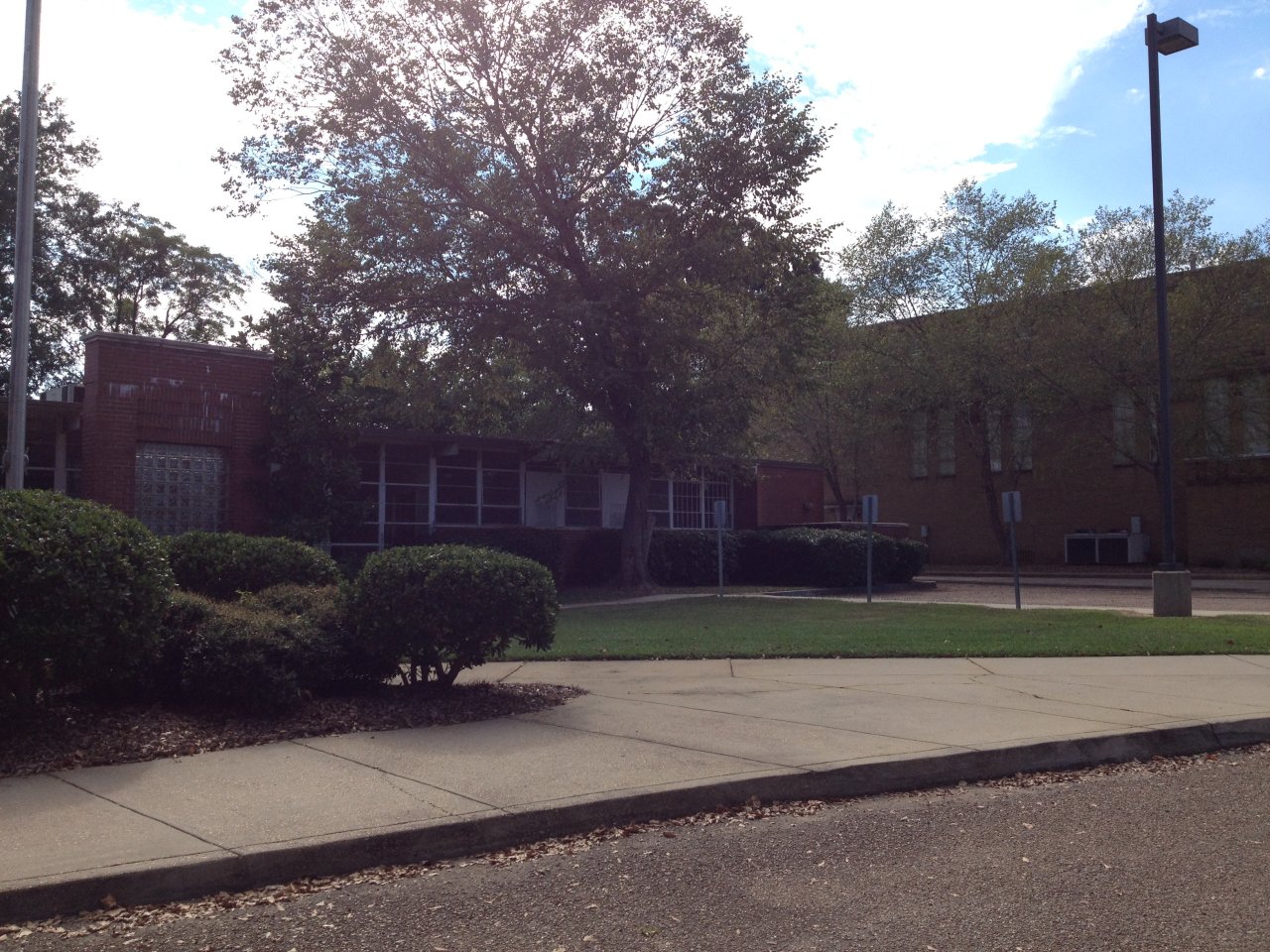 (Ironically, the yellow brick building on the right is the gym where my wife played her last high school basketball game (her high school was about 45 miles away), injuring her knee.)

Despite the fact that I live in the town with the highest median income in the state, and this school sits in the middle of town, the abandoned parts of this building have fallen into pretty bad disrepair. Lots of broken windows and piles of refuse in the rooms. But one morning this week, I walked further around than I normally do, and found this – a chair sitting in an otherwise empty room: 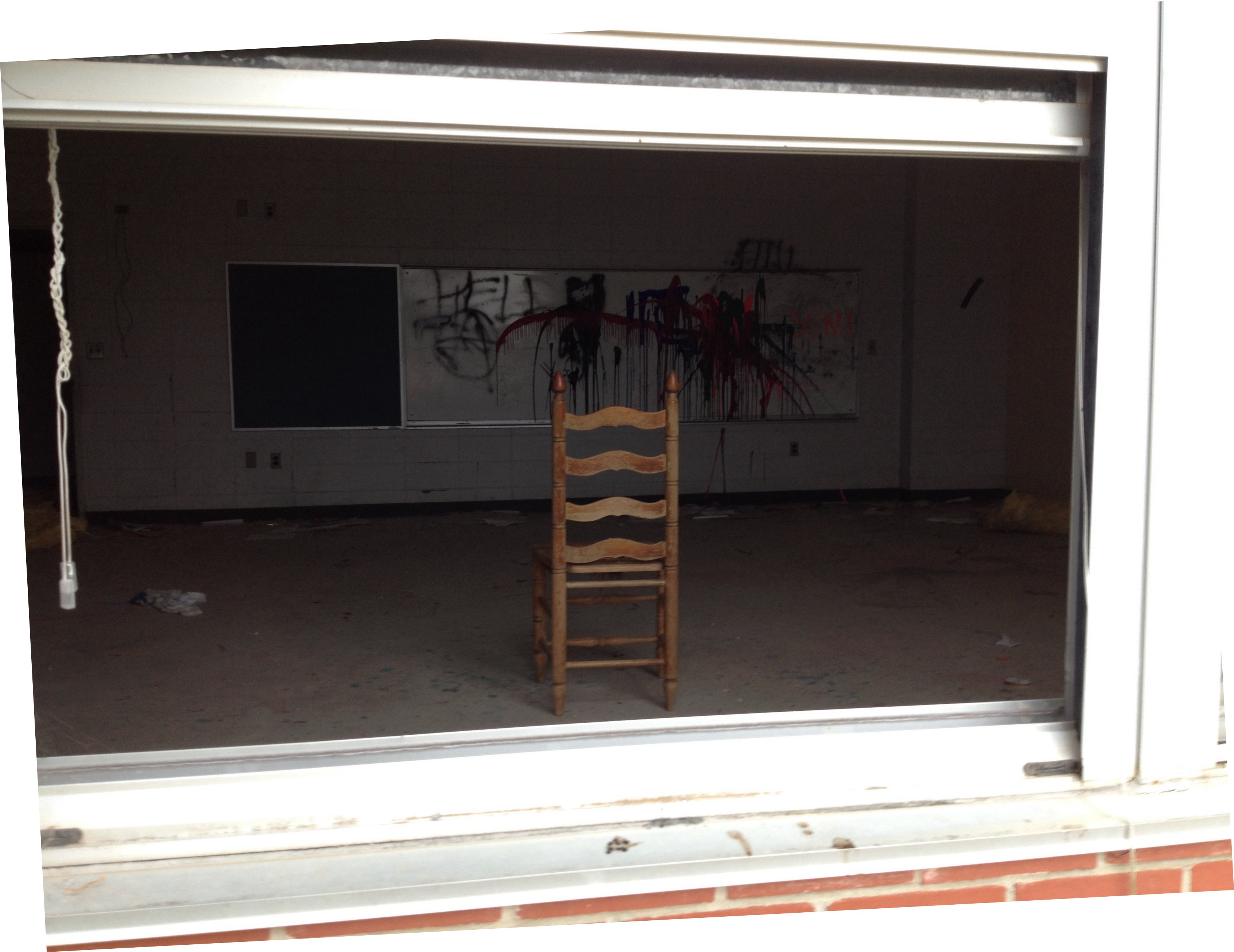 I have the Camera+ app on my iPhone, and I’ve been playing with it lately. I tried a gray scale filter on the photo: 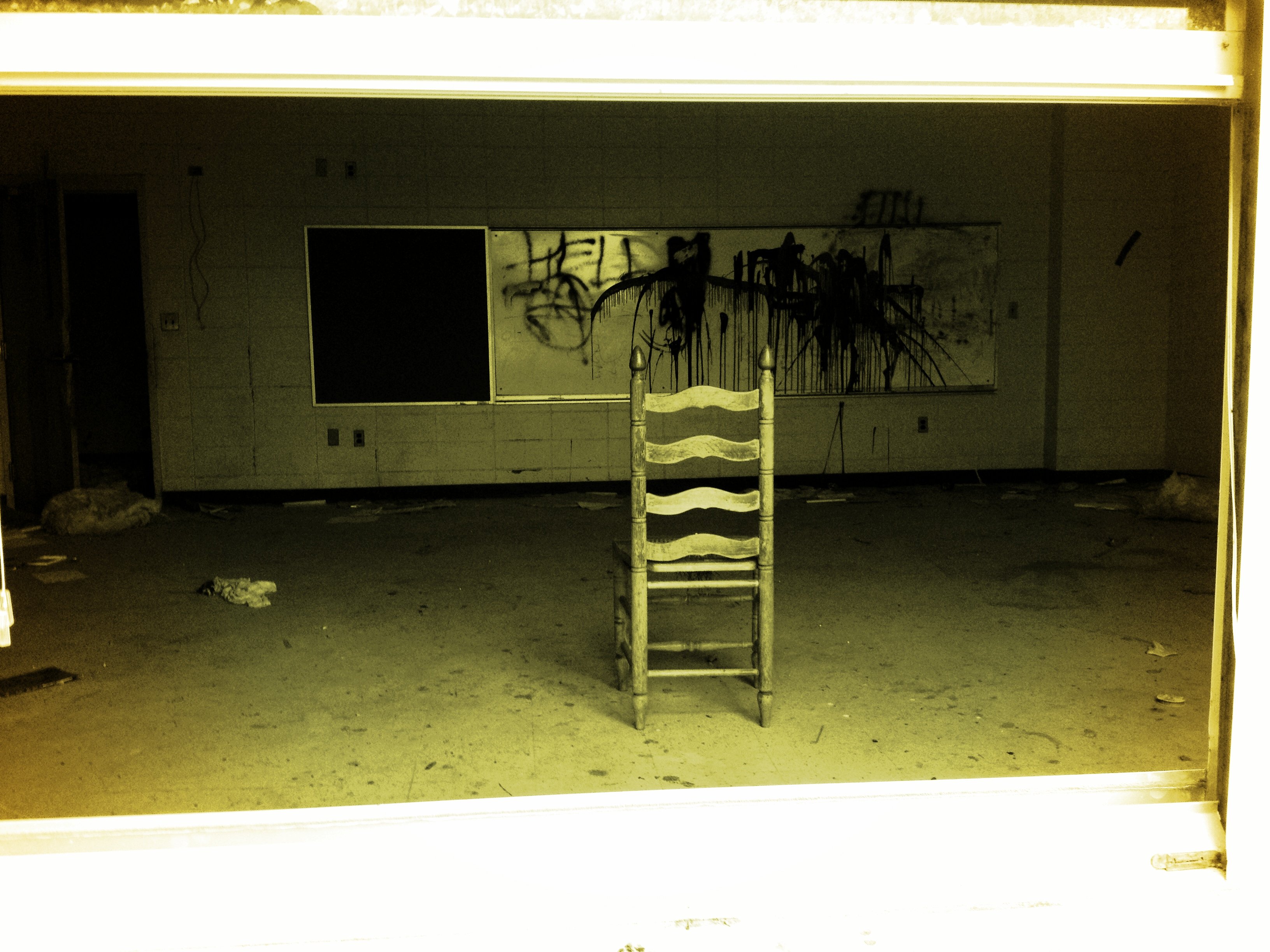 But then I found a filter called Noir, and I really like it. I think it makes me look like some kind of hipster photographer: 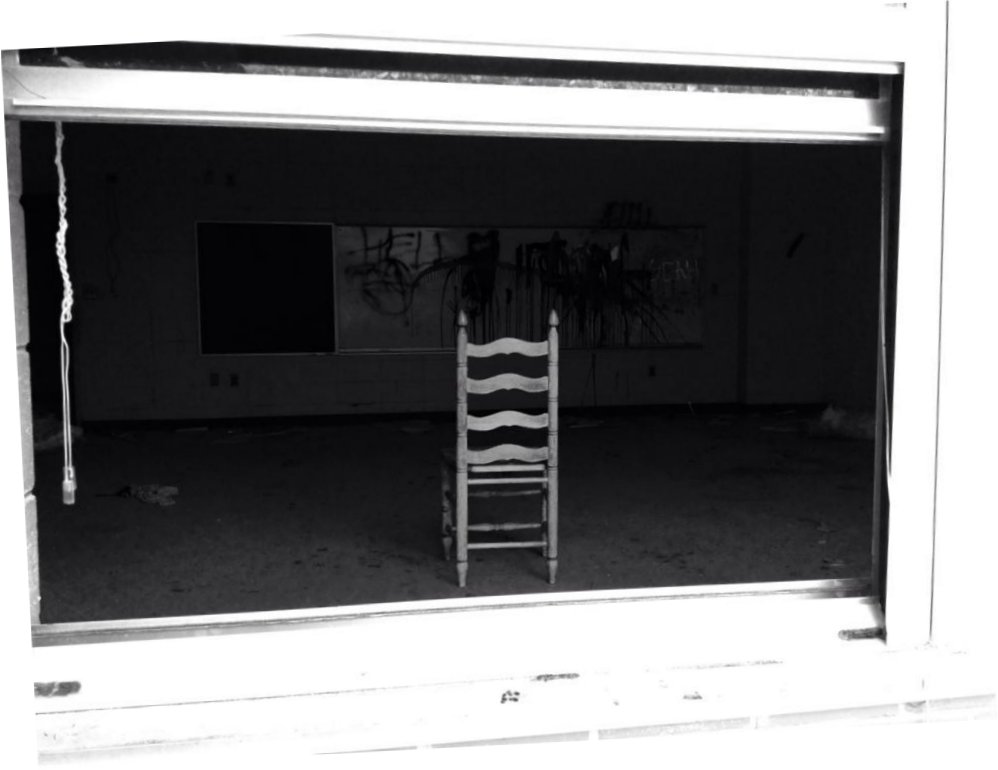