A few months ago, I had some trees in my neighbor’s yard cut down (with her permission!). They were trash trees that had grown up right along the fence line, and were throwing shade and dropping leaves into my pool. The area on my side of the fence (the north side) was very shady, and had a couple of rarely-used old swings but not much more. No plants, not much grass (because of the shade). Then two things happened: I built a new deck, between the existing deck and the pool, to give us one big area for entertaining or whatnot. And when I started laying out the deck, I realized that if I built a corner arbor, there was a perfect place for those swings: 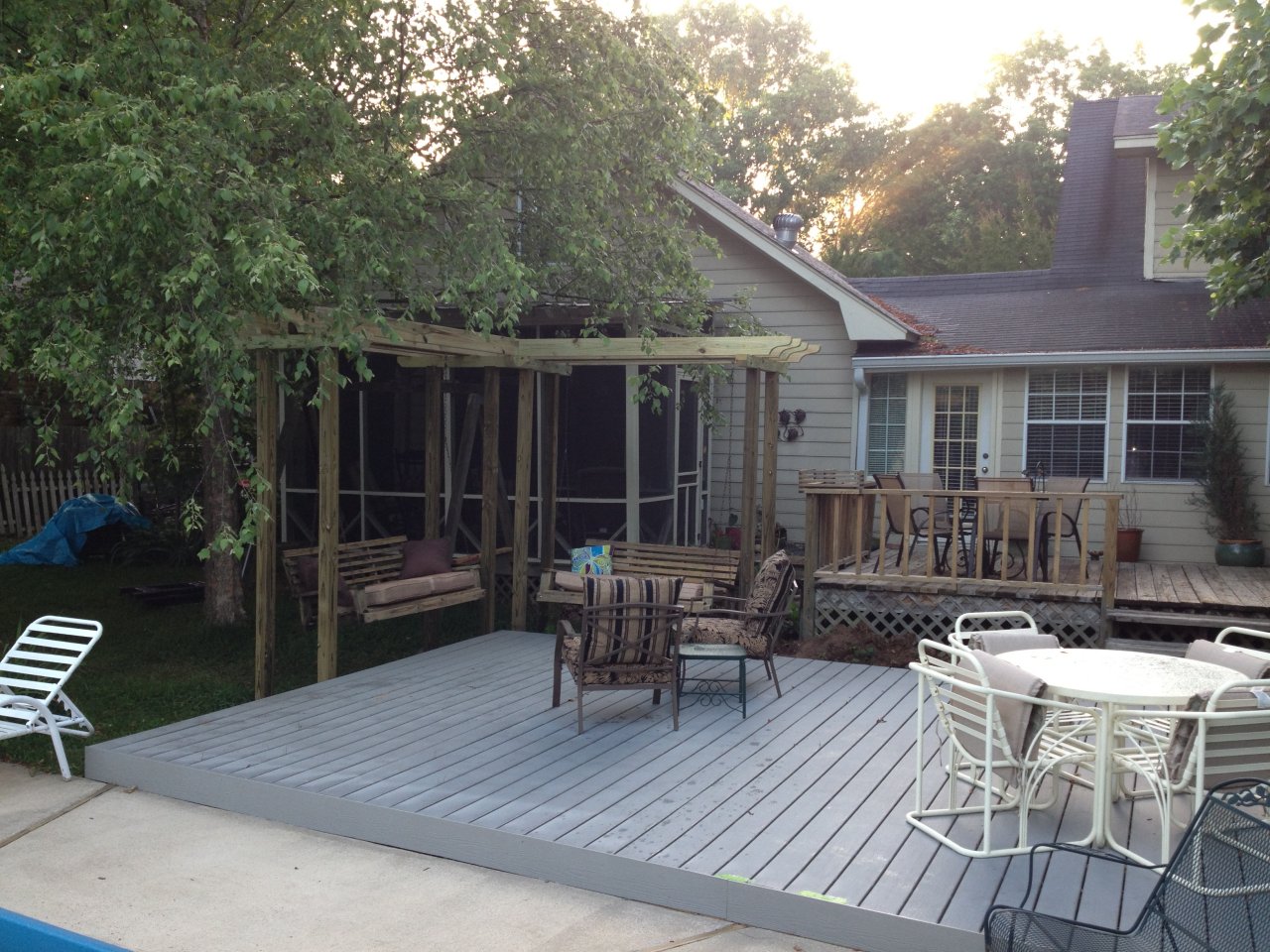 and also that I had this new sunny area for a long flowerbed. There was a grouping of hydrangeas at what would be the east end, and I decided to take off from those and let the bed run along the fence. Because of several other priorities that always seem to come up, I wasn’t able to start working on the bed until mid-June. I knew that was too late in the season for planting many of the things I would prefer, but I could still get the idea in motion. So I began clearing the weeds and other trash stuff that was there, and laying out the borders of the bed (which have already expanded twice!), and then started looking at things like daylilies and asters that I could transplant. A few annuals, a Vitex tree, and some obligatory garden art sufficed to give me the first draft of the new area (this fall and winter I’ll be adding lots of perennials, which will eventually be most of whats in the bed). And here’s what I’ve gotten to this far: 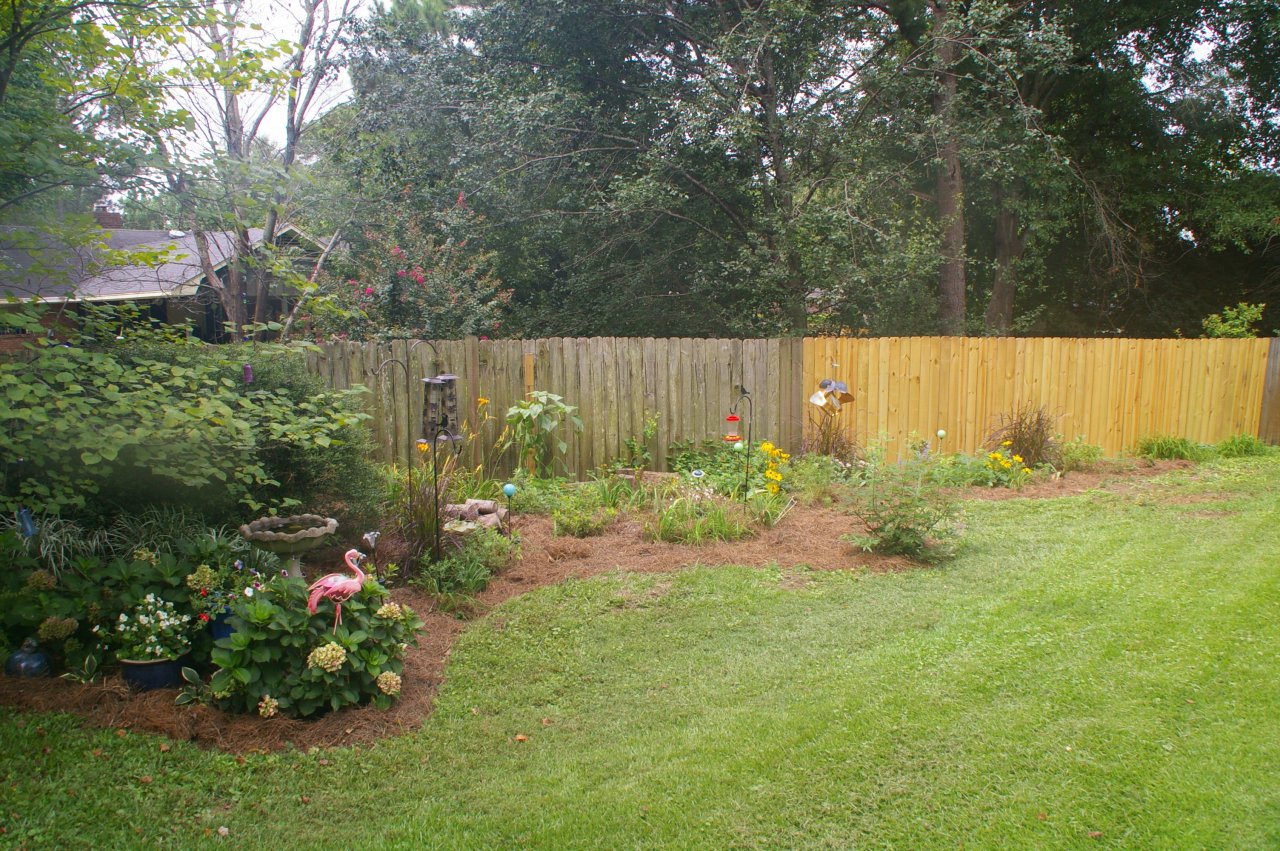 I planted some sunflower and zinnia seeds against the fence, because I just like sunflowers and tall zinnias: 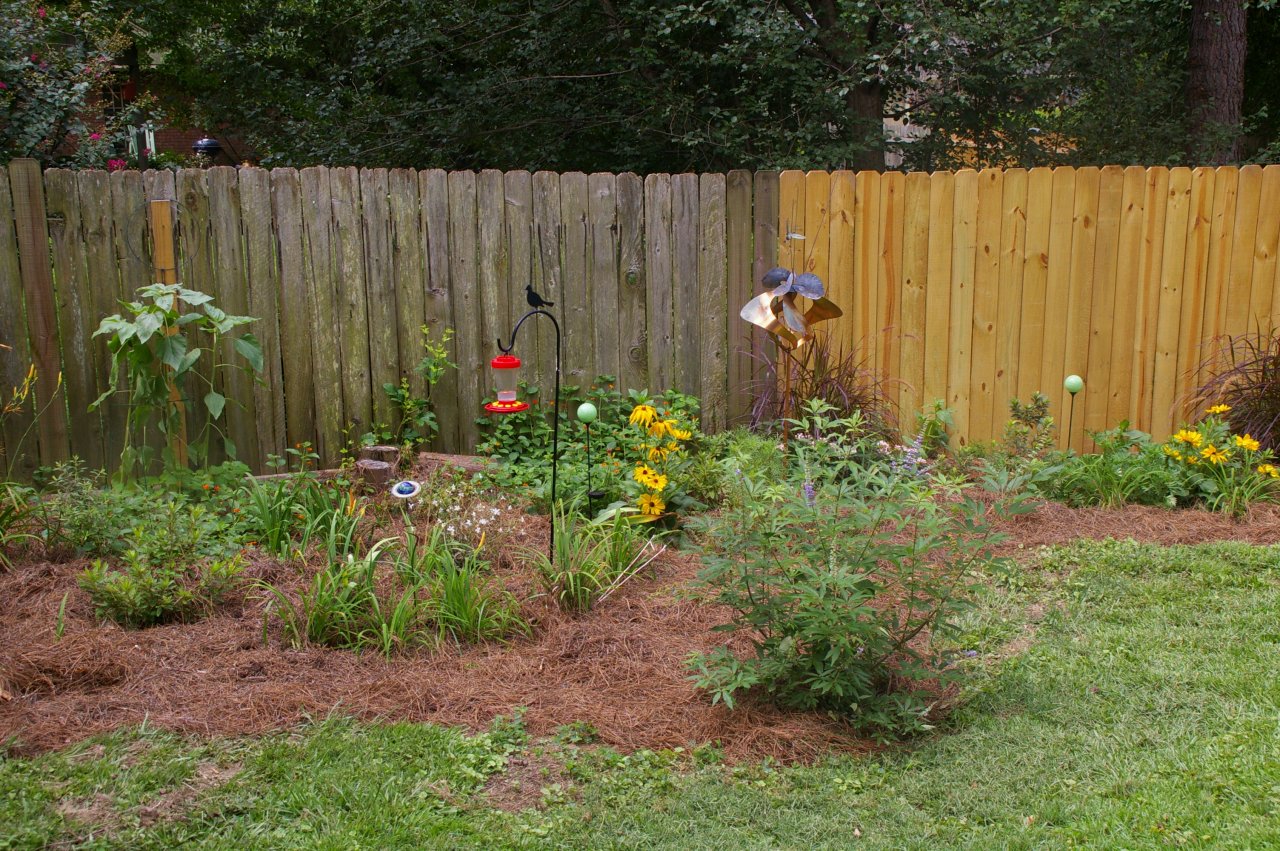 While I was out yesterday taking these pictures, I had a visitor that seemed to be posing for the camera: 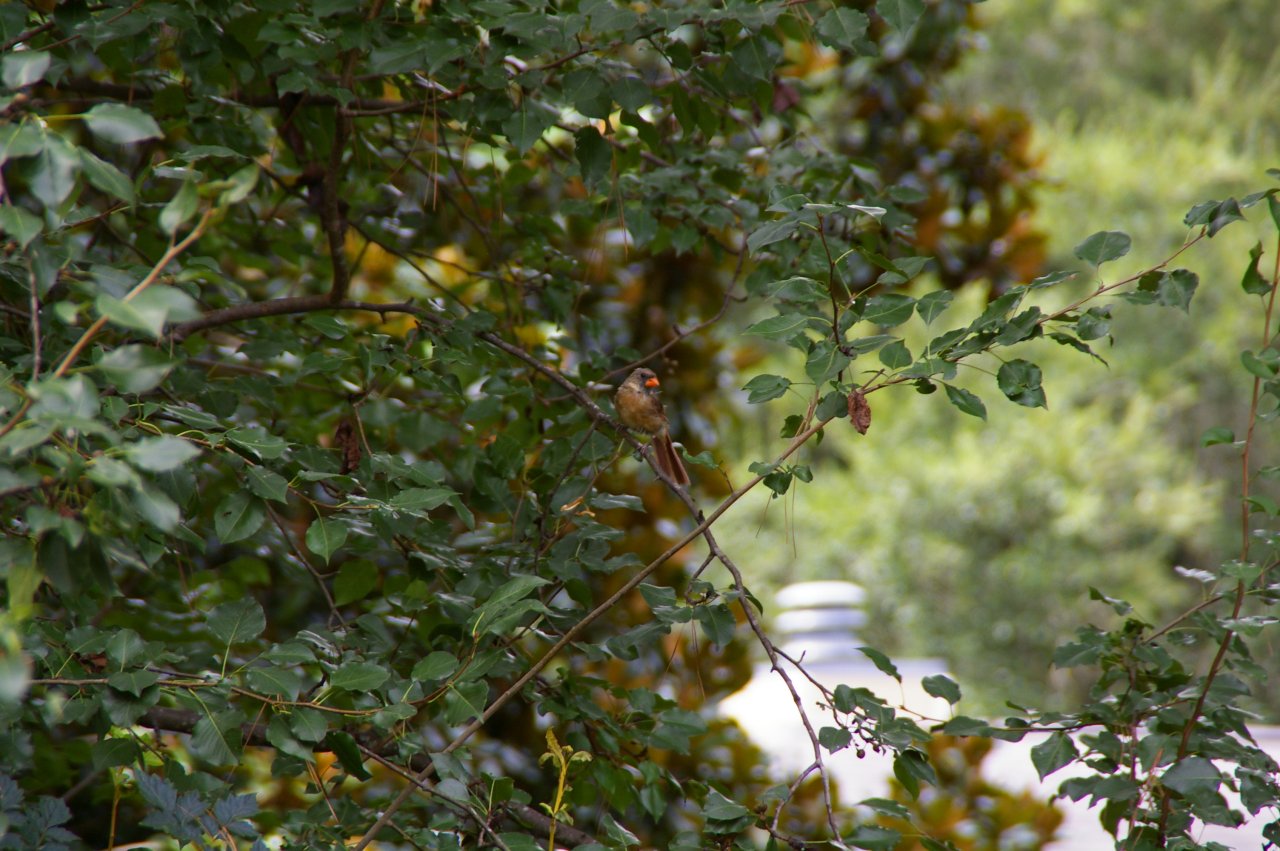 And last but not least, here’s what a 17-18 year-old dog looks like, when he’s ready to go back inside: 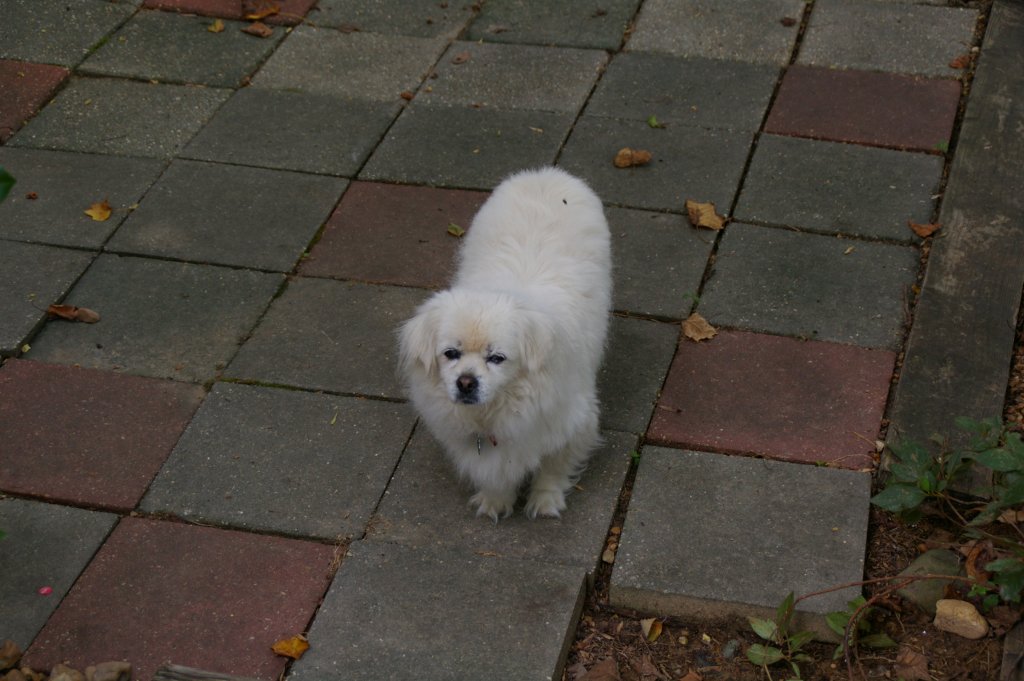 This entry was posted in Birds, Gardening. Bookmark the permalink.

5 Responses to A Garden Update