Memorial Day In A Small Town 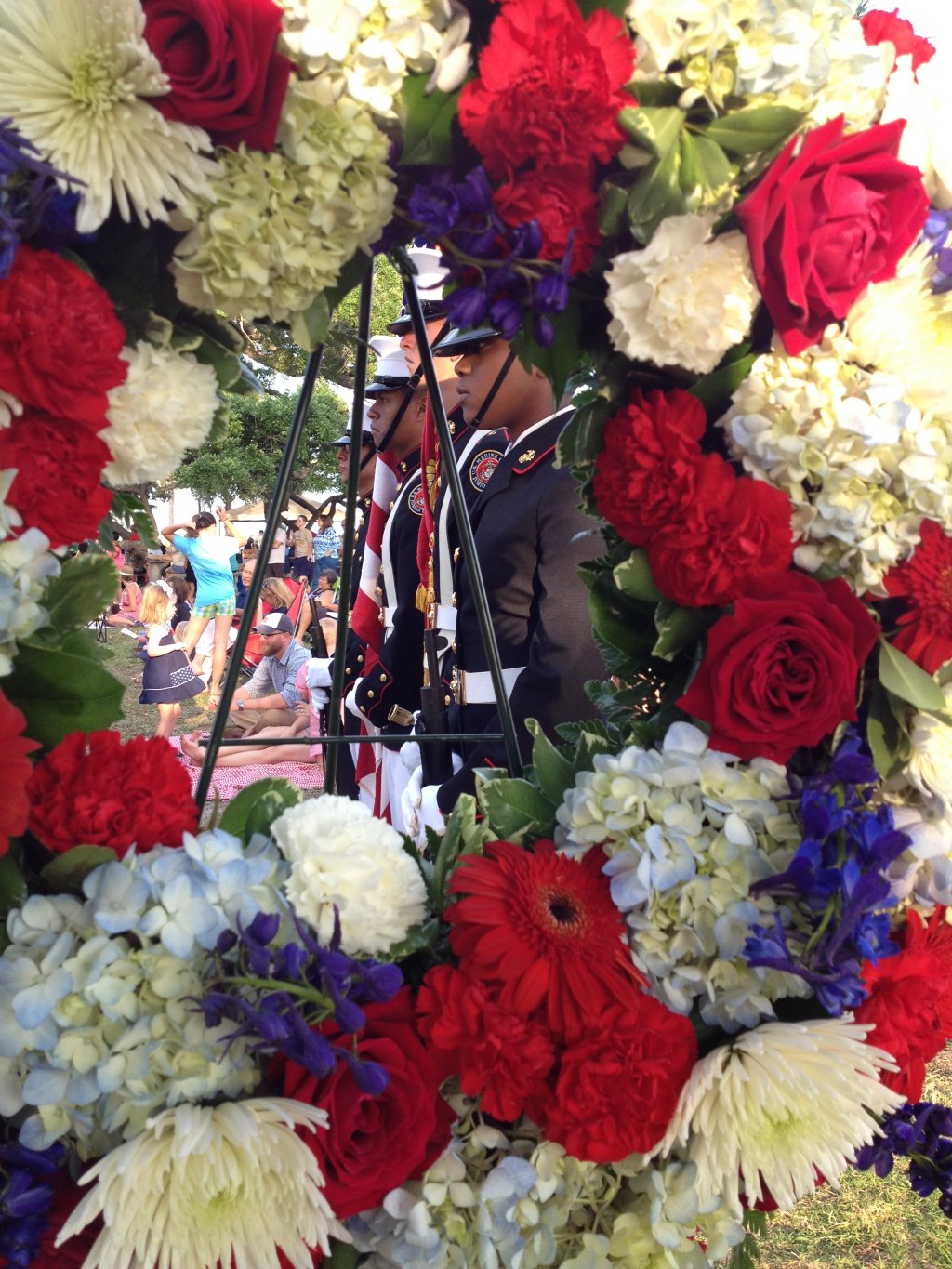 Memorial Day has, for many, become a reason for a family or group picnic, or maybe an extended time on the water, or one of a myriad of activities with family and friends. But there are still many places where the original reason for the day is still revered. One of those places is St. Simon’s Island, Georgia. We happened to be there this evening for their 22nd annual Taps Ceremony. It was small town American patriotism at its best, with a band playing Sousa marches and other patriotic music, a speech by a retired Marine Corps general, a multitude of local officials, the singing of the National Anthem, and the presentation of the colors by a high school ROTC unit. But there was more than that. There were veterans by the score, some young, many quite old, male, female, Army, Navy, Air Force, Marine Corps, Coast Guard. And there was quite a crowd, although given the location and a beautiful evening by the ocean, maybe that isn’t surprising: 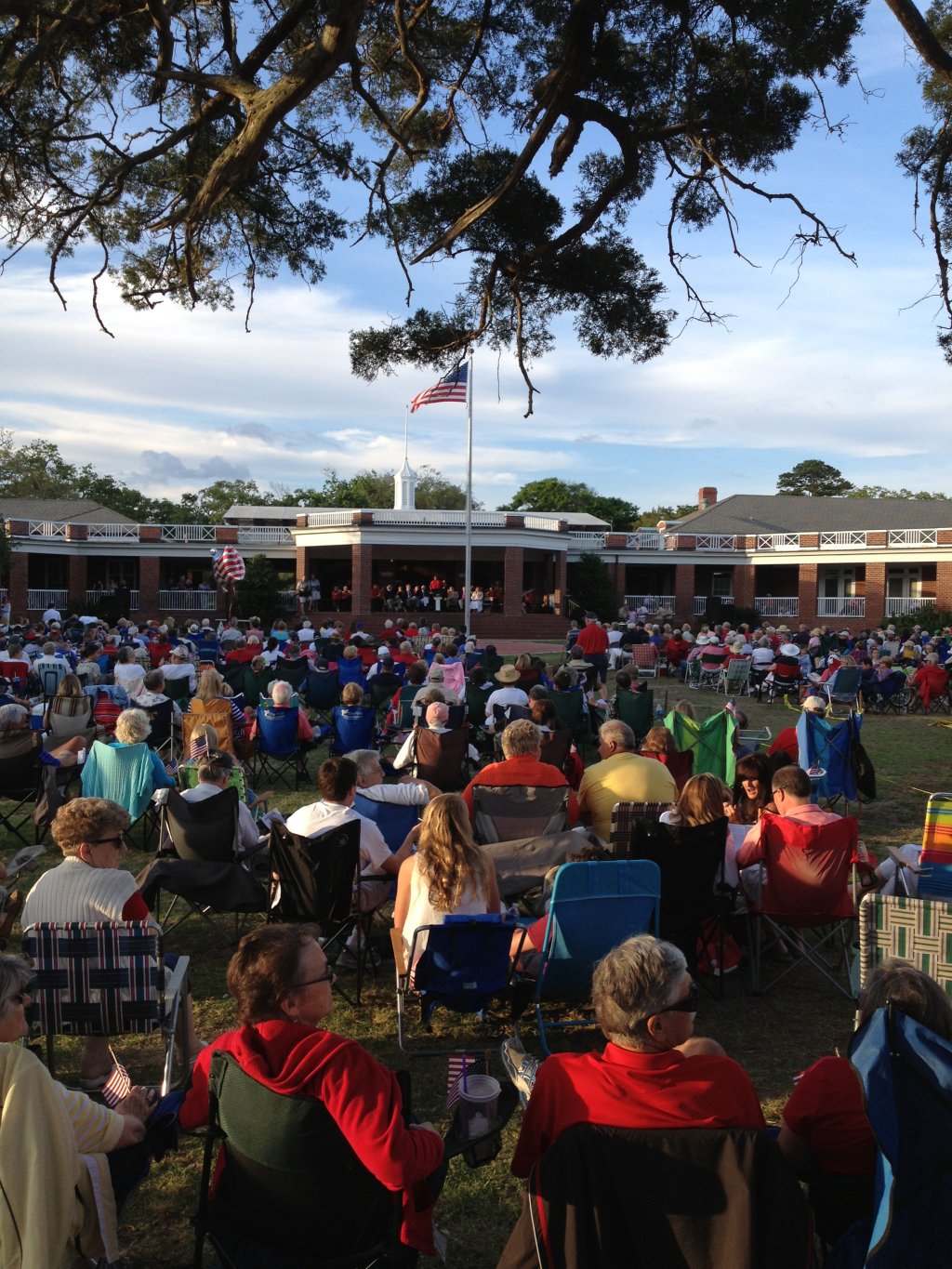 But what made this such a special occasion was the feel of the crowd. It could have been in a small American town in 1963. And it didn’t feel corny, or fake. It just felt patriotic. And when the ROTC unit advanced the colors, watching graying old men suddenly straighten and snap out a salute was more than a little poignant. For a brief time in an oceanside park, they were bound together once again by evident memories of a time long ago, or maybe not so long ago, and of fellow soldiers, sailors, airmen, and marines who had given their ultimate for this idea we call the United States of America. The speaker, a former Marine Corps general, called on the crowd to give our servicemen and servicewomen our support. But he also called on us to give them our understanding. We owe them much more, but those things we can do.

This entry was posted in Life. Bookmark the permalink.